Imagine finding all your grocery store shelves empty and then learning they’d stay empty for at least a year and that all your world’s food-growing knowledge no longer worked. If you can imagine that, you can imagine being a farmer in this region of Malawi. 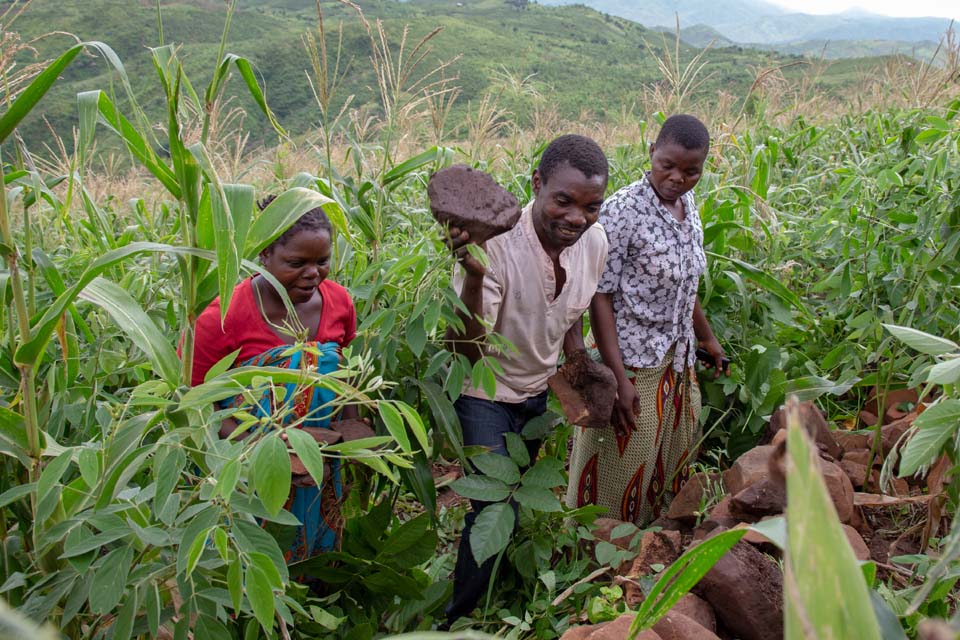 Farmers maintaining a stone wall in the watershed area of Kublang, Chikwawa, Malawi.

Water drains quickly from the soil here. The land has many slopes and is prone to erosion. Plants can struggle to receive enough water to grow. In southern Malawi, there has been a shift in climate over the last few decades. In any given year, farmers in this region are at risk of losing their harvest to floods, droughts, or both.

Fransiku Sande is a 41-year-old farmer in Mchacha village in southern Malawi. His parents were farmers and their parents before them. Fransiku learned all he knew about farming from his father. He inherited a two-acre plot of land when he was 18 years old and has planted sorghum, corn, and groundnuts on his farm since then. Changing weather patterns and poorer soil fertility in the last decade saw Fransiku’s farm began to produce smaller harvests each year despite the increasing effort he put into farming.

Five years ago, the harvest had dwindled to the point where all of the food Fransiku harvested at the end of the planting season was only enough to feed his family of six for two months of the year. For the rest of the year, he found odd jobs like carpentry and bricklaying to earn money to feed his family.

“The two biggest issues we had were that we were using local crop varieties that took a long time to mature and did not yield much. Also, for long periods, there will be no rains; then when the rains come it floods and destroys the crops.” Fransiku says. 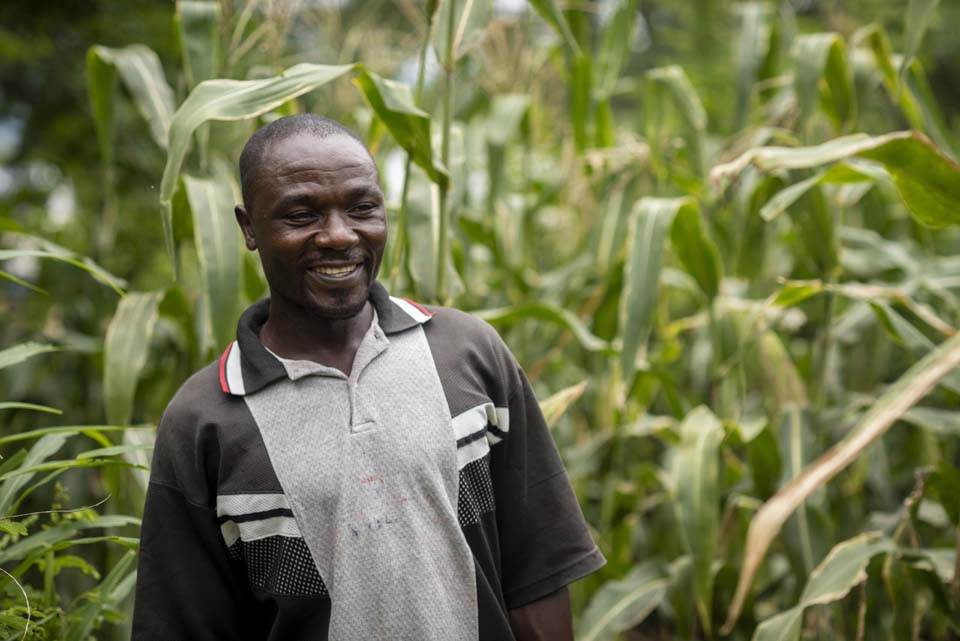 Fransiku Sande on his demonstration plot in Mchacha, Nsanje, Malawi.

The UBALE project taught farmers like Fransiku how to use simple farming methods to improve their harvest. Catholic Relief Services implemented the UBALE project with funding from the United States Agency for International Development (USAID) through its Food for Peace office.

These methods have made a big difference in their harvests and income.

Some of the climate-smart farming methods farmers were taught are; planting legumes like groundnut and beans to improve the fertility of the soil, mulching crops to help retain moisture in the soil.

Fransiku says, “These methods not only improved my harvest, they also save me time and effort. For instance, because I mulch my farm, I do not have to weed as often. When I talk to other farmers, I explain the benefits of the new farming methods I use.”

Now that he uses these new methods and has access to improved seed, Fransiku’s farm yields enough food to feed his family for ten months. The larger crop yields Fransiku gets from his farm is the biggest incentive other farmers in his community have to learn and adapt these new farming methods. Fransiku used the strategies he was taught so well that he was selected to be a lead farmer. Lead farmers receive additional training so they can teach more farmers in their community how to use effective strategies to grow their farms.

CRS also worked with community leaders through the UBALE project to ensure the whole community participates in water harvesting methods. Farmers built dams, stone walls, and other structures to help the land hold rainwater and recharge the groundwater levels. 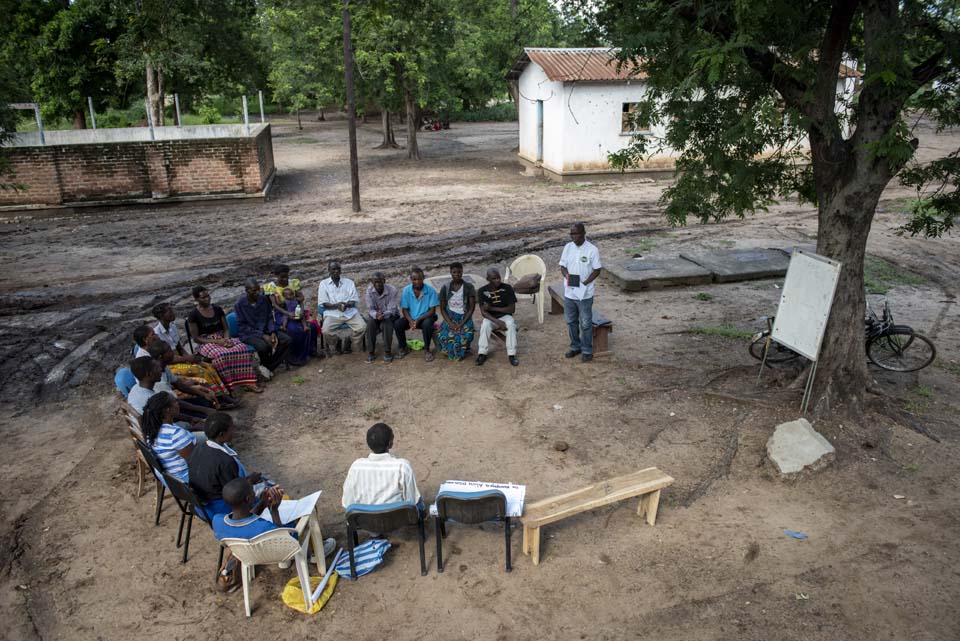 As farmers harvest more crops, field agents helped them form farmer clubs that meet every month to discuss farming methods and market prices. These farmers work together to get the best prices for their produce.

“I decided to join the marketing club because I noticed that some of the farmers in the club made more money and knew more about market trends,” says Andrew Mpaso a sesame and corn farmer in Malawi. Last season Andrew sold his sesame and corn collectively with other members of the club. He made 65% more money than if he had sold the produce on his own. Andrew and his family used the extra money to pay school fees, start other businesses such as rearing livestock, buy more nutritious food, and save.

In Malawi, the CRS-led UBALE project, with funding from USAID Food for Peace, helped over 240,000 families produce more abundant harvests and increase income from agriculture.

Support Food Security and Farming Around the World

Pray and reflect with your community on our call to respond to the needs of our sisters and... END_OF_DOCUMENT_TOKEN_TO_BE_REPLACED

Reflect on the impact climate change has had on our planet and pray for the Holy Spirit to change... END_OF_DOCUMENT_TOKEN_TO_BE_REPLACED