Equal Pay for Women in Nepal

Tashi Lama begins each morning with a breakfast of buttermilk. After feeding her cows, she sets off for work at a nearby hydropower station. Hydropower—energy that comes from water sources—provides almost all of Nepal’s electricity. In Tashi’s village of Lho, one member of each household is required to work at least two weeks per month at the station.

“My husband was nominated through a raffle to be a committee member for the hydro project,” Tashi says. “When he died, I was assigned to take his place and responsibilities.” 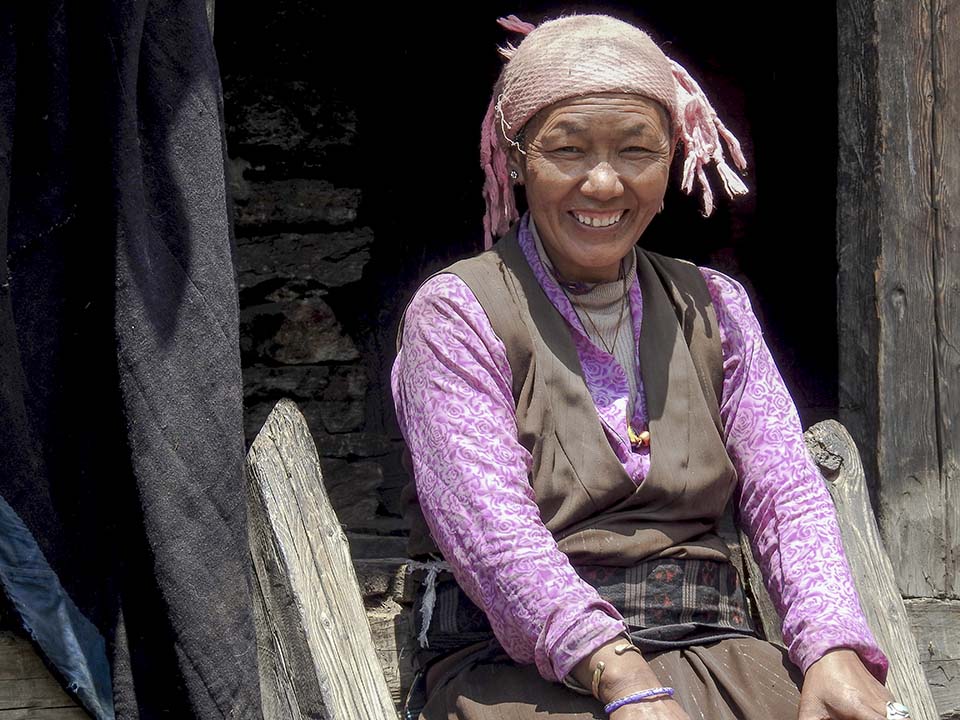 Tashi is a single woman with four children living in the Gorkha district of Nepal. She was a participant in a cash-for-work program run by CRS.

While Tashi agrees that electricity is a high priority in her village, she finds the required 14 days a month to be a difficult commitment, especially without any compensation.

She recalls the Catholic Relief Services cash-for-work activity that helped her save a good amount of money. She had earned $250 working 25 days—double the amount a women laborer typically makes in her village.

“I was very happy to receive the same amount of cash for my daily wage as compared to men in that activity. That was my first—and may have been my last—experience of equal pay,” she says.

Tashi has four children—a daughter, age 21, and three sons ages 19, 17 and 15. They are all studying in a Buddhist school more than 70 miles away in Kathmandu. She is grateful that her children are getting a good education at the Buddhist school, even though it means she must live alone. On days when she doesn’t have to work, Tashi  household chores—from hauling fertilizer to her farm land to weaving cloth for her and family for the winter. 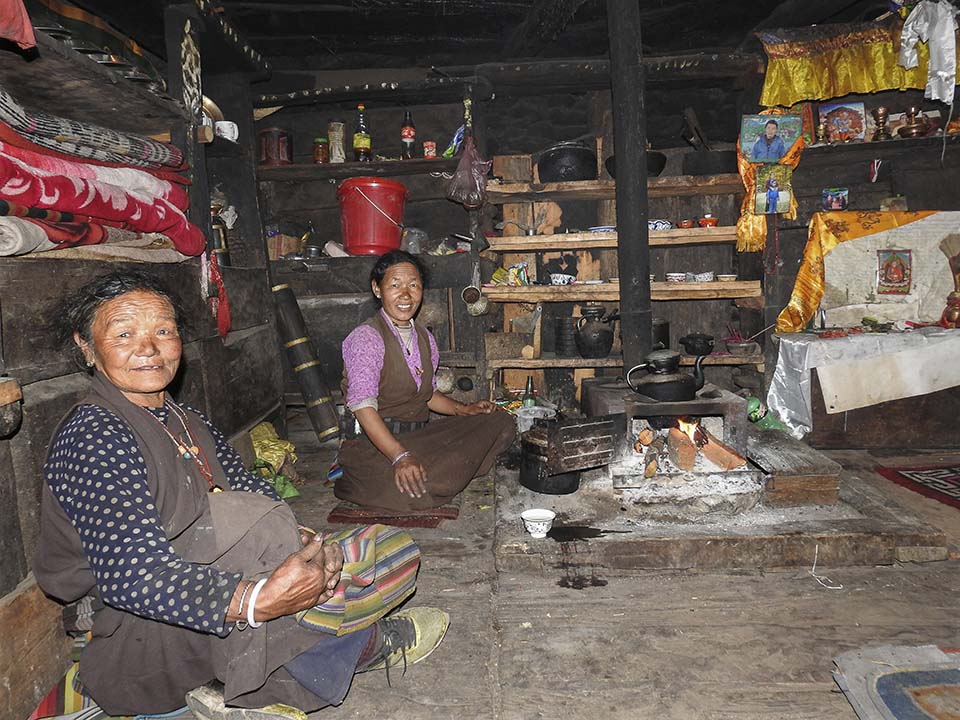 As a cultural norm in Nepal, women are paid less than men. Despite the introduction of development agencies’ equal pay system, employers here have yet to adopt the practice.

Women are more involved in household chores along with working in fields. Tashi’s farm is not nearby, and it takes a lot of time and effort to prepare lands for farming.

“Every day I try to get three or four loads of fertilizer to my land, which is a 15-minute walk from my home. Its already May and I have to get the land ready before monsoon season starts,” she says. 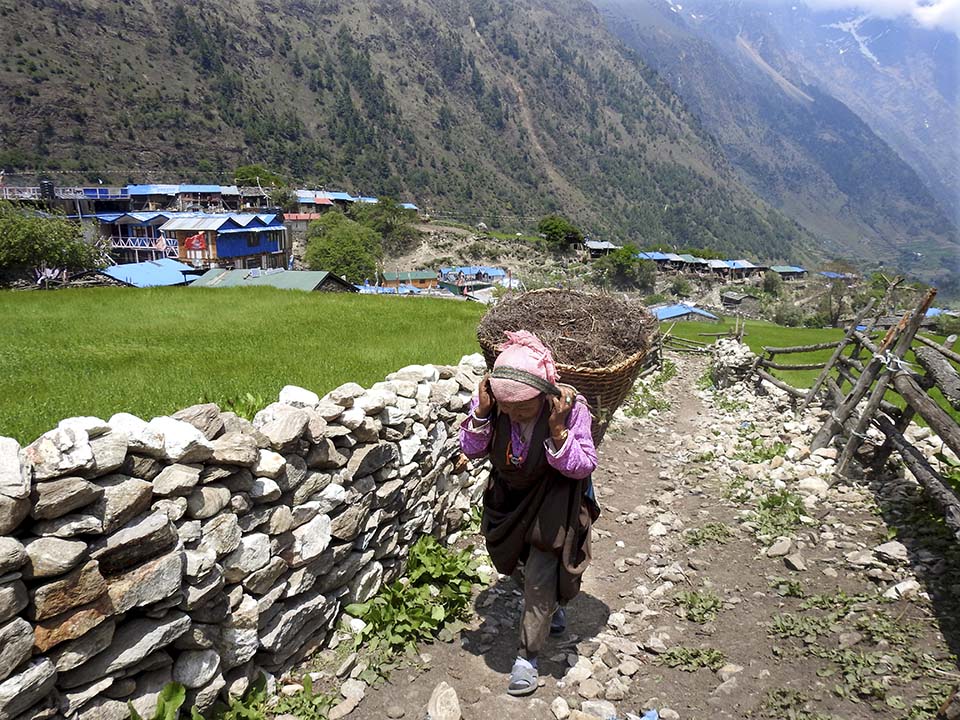 Tashi carries fertilizer to the land where she is preparing to grow potatoes and wheat.

After the 2015 earthquakes, Tashi also received her Government of Nepal grant payments to rebuild her house. She chose to locate the house in nearby Shyala, which is surrounded by a dense community forest, making it easier to access trees for building houses. It also has plentiful grazing lands for livestock.

Tashi is determined to work hard to support her children in school. She is grateful to CRS for the work she got and says she hopes the equal pay practices will be embraced in her village soon.