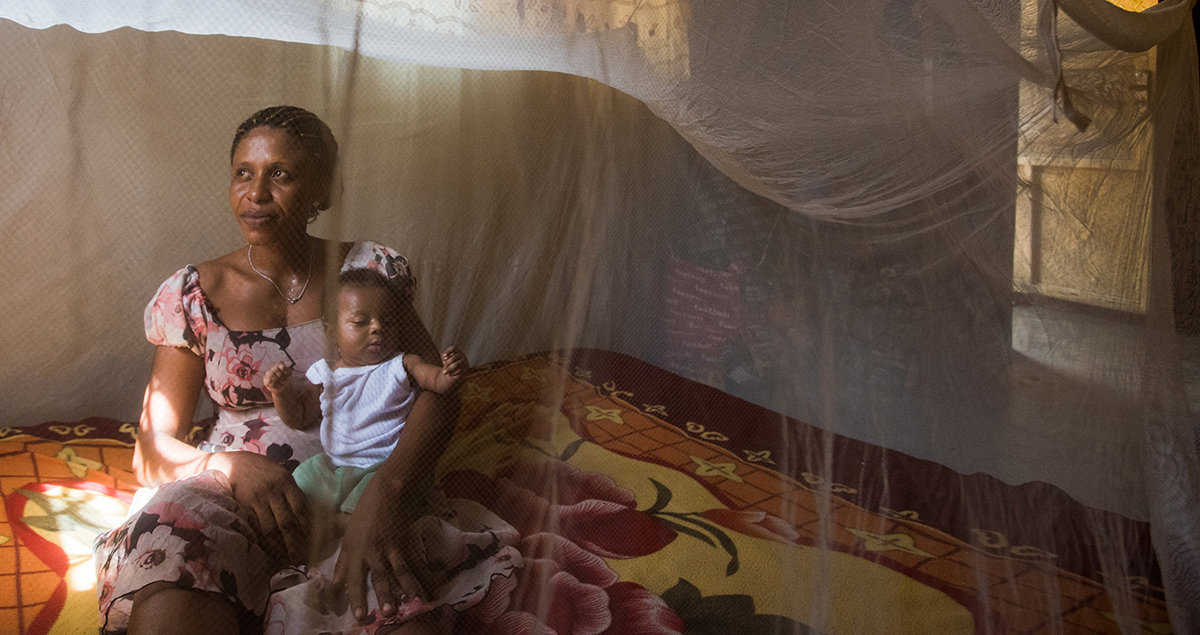 Ending Malaria. It Can Happen. It Will Happen.

For you, a mosquito bite might be an itchy nuisance. But for half the world’s population, a mosquito bite can bring horrific illness, and even death. That’s because a mosquito bite can deliver the parasite that causes malaria—a disease that kills over 400,000 people every year, 90% of them in sub-Saharan and more than two-thirds of them under age 5. 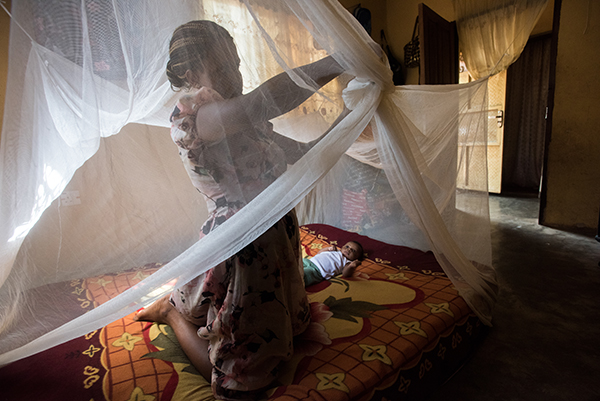 In Nigeria, Martha Onuigbo Oluchi takes cover under a long-lasting insecticide-treated net she received from Catholic Relief Services to help prevent malaria in her household. Photo by Michael Stulman/CRS

More than 200 million people contract malaria every year. And even when malaria isn’t deadly, it keeps children from attending school and parents from going to work. People and economies suffer.

Throughout our 75-year history, many CRS staff have experienced the disease. In 2009 we lost a colleague to malaria.

To prevent malaria, we have distributed millions of bed nets that keep mosquitos, which are most active at night, away from sleeping children and their parents. We’ve learned more about malaria along the way. Education on properly using bed nets is critical. And the bed nets are more effective if treated with long-lasting insecticides. 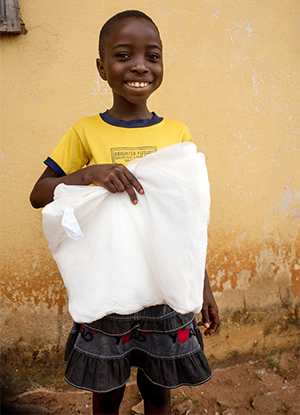 With more attention worldwide focused on this disease, the number of deaths  from malaria fell by 34% between 2010-2015. The widespread distribution and proper use of bed nets is a major reason why malaria has declined. However, reduced trends show a stalling in the global progress of reduction malaria rates.

Nevertheless, elimination is the goal—and a real possibility. That’s because malaria doesn’t originate in the mosquitos: They pick up the parasite from a person who has the disease and carry it to someone else. If we interrupt that transmission cycle—as most industrialized nations have—malaria disappears.

In The Gambia, Guinea, Mali and Niger, CRS is providing anti-malarial medication to children ages 3 months to 5 years during the rainy season, when mosquitos become more plentiful. These young children are most at risk for severe illness and death from malaria, so they receive anti-malarials once a month throughout the 3 to 4 months each year when the risk is higher to stop them from getting malaria.

The World Health Organization estimates that this seasonal treatment can prevent 70% of deaths from malaria. That means this CRS program will save tens of thousands of lives while paving a path toward eliminating malaria once and for all.

We seek daily renewal from the source of all life, and so we pray ... END_OF_DOCUMENT_TOKEN_TO_BE_REPLACED

Our walk with God is reflected in our walk with others, and so we pray ... END_OF_DOCUMENT_TOKEN_TO_BE_REPLACED