Hawa Minta was at home when she received the call.

Her mother-in-law’s village in central Mali had been attacked by armed men and nearly 200 people were now on the run, looking for somewhere safe to hide.

Minta, an elementary school teacher living some 100 miles away near the small town of Mopti, didn’t have much to offer, but she had a front yard.

She felt compelled to help. 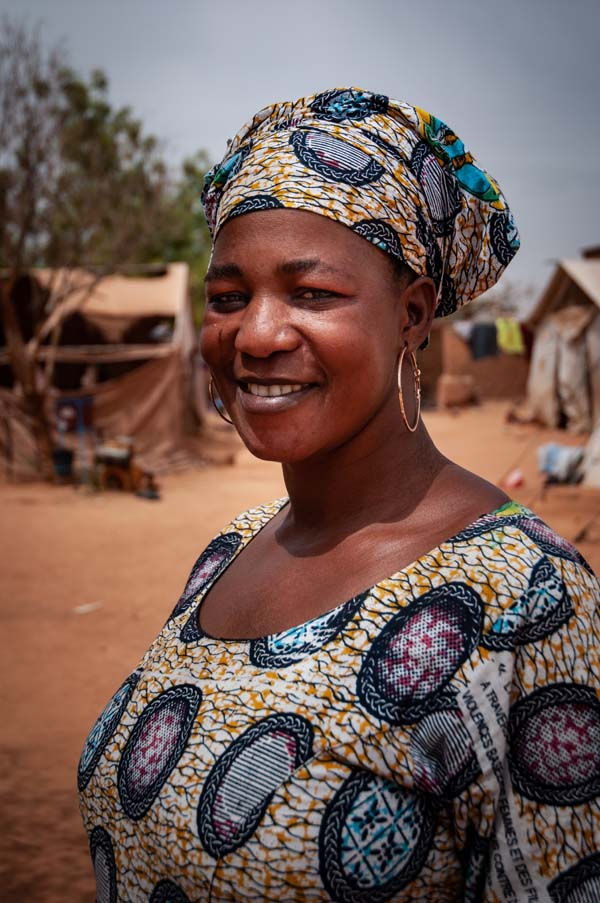 When a village near Bankass, Mali, was attacked in March 2019, Hawa Minta opened her front yard to families displaced by the violence. She’s been hosting between 120 and 190 people ever since. Photo by Annika Hammerschlag for CRS

At first the villagers slept under Minta’s trees and ate what little food she had. Neighbors dropped off old clothing and supplies.

The March 2019 attack had happened without warning—most had fled with only the clothes on their backs.

Minta’s husband contacted every aid worker he knew in town, asking for help. In Mali, where government resources are stretched thin, nonprofits play a vital role.

“It hasn’t been easy, but thanks to the nonprofits it’s been OK,” she says. “Thank God for them.”

It’s been more than a year since the villagers arrived, and while some have moved on to Bamako and other cities in search of work, more than one hundred still live in Minta’s yard. Returning to their region, which has become the center of one the world’s most deadly conflicts, is not an option.

Since 2012, a surge in violence throughout Africa’s Sahel region has displaced 3.5 million people, including more than 200,000 in Mali alone.

Each year is worse than the last. In 2019 central Mali saw a record 456 documented killings, including four from the March attack on the village.

Prolonged droughts have contributed to land disputes between farmers and cattle herders. As the climate has warmed, the amount of arable land has diminished, causing tensions to escalate. Meanwhile, armed groups have pitted farmers and herders against each other and exploited their economic desperation to recruit new members.

To make matters worse, the arrival of COVID-19 has added a layer of danger to the everyday realities facing displaced people. They face not only food shortages, but also the risk of becoming infected with the virus.

“Families have lost their homes. Children have lost their childhoods. People have lost everything,” says Lamine Diallo, director of CRS’ emergency response program in Mali. “And with coronavirus, families need our support now more than ever.”

With support from the U.S. Agency for International Development’s Offices of Foreign Disaster Assistance and Food for Peace, CRS has worked closely with local partners and the government of Mali to provide lifesaving assistance like food, water and shelter to more than 210,000 people displaced there.

In addition, at the onset of the pandemic, CRS program staff worked quickly to secure protective equipment, adding N95 masks, thermometers, hand sanitizer and educational materials to their distributions. They assembled hand-washing stations at remote sites and partnered with local health organizations to provide wellness screenings and teach appropriate hygiene practices. During distributions they wear masks, use hand sanitizer and maintain six feet of distance.

Though she’s grateful for the support, Minta is often overwhelmed with juggling the demands of being a mother, wife and teacher on top of running a camp for displaced people out of her home.

On a recent Wednesday morning a group of women pounded cornmeal by Minta’s front door while children ran in circles around the yard and fussy babies wept.

“I hope one day this will all end,” Minta says as she looked out at the tents and buckets strewn across her lawn.

But when that day comes, she says, it will be bittersweet.

“I’ve gotten used to having them here,” she says with a smile. “They’ve become like family.”

Read the latest update from CRS country programs and partners around the world as they respond to... END_OF_DOCUMENT_TOKEN_TO_BE_REPLACED

Read the latest two-page summary from CRS country programs and partners around the world as they... END_OF_DOCUMENT_TOKEN_TO_BE_REPLACED