With the smell of frying vegetables wafting overhead, Wesal Badel leans over a table made from a wood plank and cinder blocks, and ladles more oil into a sizzling pan perched on a small gas burner.

It's about midday, and her son Mazen, 3, looks on from a purple plastic chair, one of the few pieces of furniture in the room. 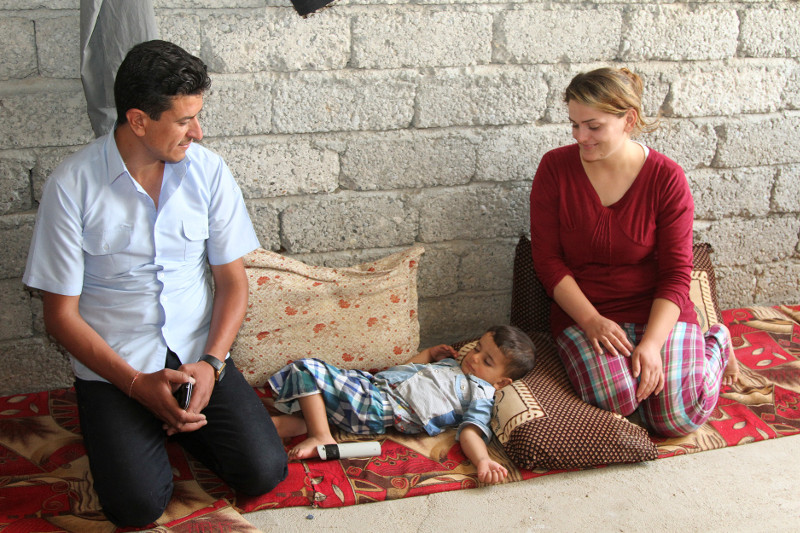 Wesal Badel, her husband, Dakheel, and their 3-year-old son were forced from their home by ISIS. The family now lives in an unfinished home in Iraqi Kurdistan that CRS and our partner Caritas Iraq upgraded with windows and doors. Photo by Kim Pozniak/CRS

Since fleeing ISIS a year ago, Wesal and her family spend most of their time here. With its rough gray walls, cement floor and high ceilings, the room is anything but cozy. A handful of thin mats, which the family sleeps on, are stacked against a wall during the day so they have space to move about.

"It was so hard at first because there were no windows or doors here. Even the ground was clay," Wesal recalls of their arrival. "It was very difficult."

When they came to Rekava, about 25 miles south of Dohuk in Iraqi Kurdistan, they sought refuge in one of the myriad unfinished concrete houses that dot the Iraqi landscape. Construction of the government-subsidized homes began during an economic growth spurt, but they were left unfinished when the economy soured. The houses, averaging four rooms each, are mere skeletons that lack even the most basic components: windows, doors and running water.

However, as spare as the room might seem, it has become a safe haven for Wesal's family. They narrowly escaped Sinjar, about 100 miles west of Mosul, just as ISIS closed in. And thanks to the work of Catholic Relief Services and Caritas Iraq, the family's temporary shelter has vastly improved since they moved in.

As they eat their lunch, light streams through a brand-new large PVC window. And though the temperature hovers around 100 degrees outside, a light breeze coming through the open window cools the room. 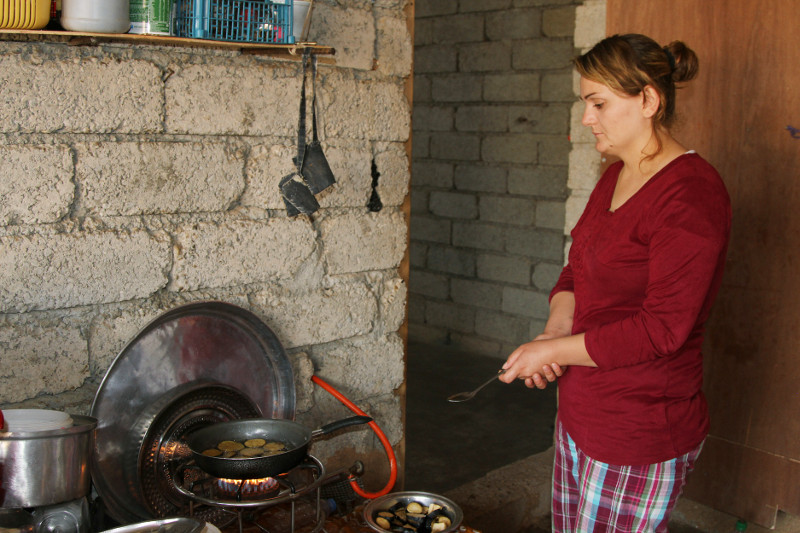 "When CRS installed windows and doors we felt safe to live here. Before there was nothing. It was like a ghost house," says Wesal Badel. Photo by Kim Pozniak/CRS

In contrast, at the beginning of their stay, the space lacked ventilation and light. The family had to close off the window and door openings with cement blocks to protect their dwelling from the weather. It felt more like a cave than a house. What's more, snakes and scorpions often found their way in. Wesal was afraid her son would get bitten.

"When CRS installed windows and doors we felt safe to live here," Wesal says. "Before there was nothing. It was like a ghost house."

Since winter 2014, CRS and Caritas have upgraded more than 1,000 unfinished houses with doors and windows. When necessary, teams install partitions inside to provide more privacy. The work is funded by the U. S. Agency for International Development, with additional support from the German, Dutch and Canadian governments.

CRS has also facilitated agreements between local governments and homeowners to allow displaced families to live rent free for at least 2 years in exchange for the upgrades. 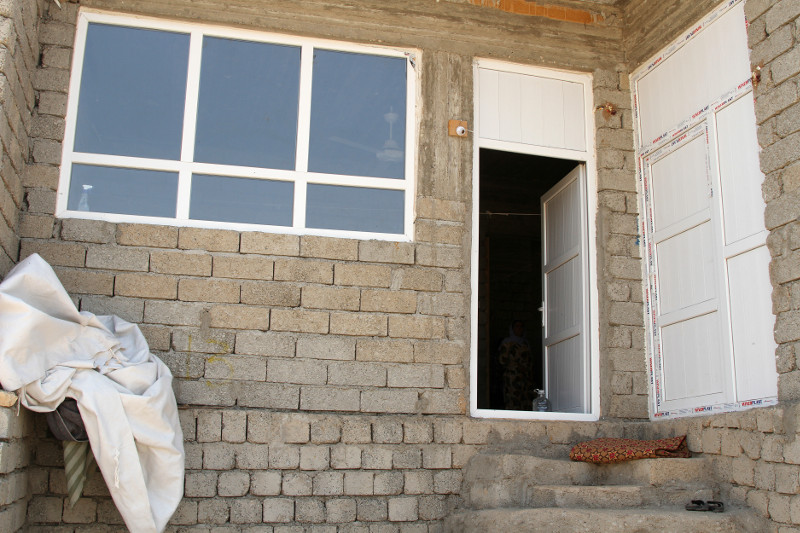 In and around Dohuk, in northern Iraq, CRS and its partner Caritas Iraq are upgrading hundreds of vacant and unfinished buildings that have become homes for displaced Iraqis like Wesal Badel and her family. Photo by Kim Pozniak/CRS

More than 80% of displaced Iraqis are believed to be living outside of organized camps in Iraqi Kurdistan. The unfinished buildings house tens of thousands of people, with up to 35 people living in one single-family dwelling. In fact, multiple families occupy each of the 1,000 houses that CRS has upgraded. Each family occupies one room.

In addition to making the shelter improvements, CRS is installing water spouts, toilets, septic tanks and showers in the homes.

"Most people prefer the unfinished houses to the conditions in the camps," explains Adel Khudhur, a CRS Iraq project manager and civil engineer who works on the shelter project.

When Wesal describes her life before she was displaced, sadness washes over her.

"In Sinjar we had neighbors and relatives to visit with … We could go to the markets," she says. "Now, there is nothing."

Her former house had four rooms, tiled floors and a garden with trees.

"It was a simple life," she says, a dazed look in her eyes. Wesal acknowledges that her life is not ideal. But she's learning to cope.

"We are forced to move with the situation," she says.

But she is grateful to CRS.

"We were in disbelief," Wesal says, describing her family's reaction when they heard they would receive the upgrades. "We thank you so much for this."

Wesal's story is difficult for Khudhur to hear as he, too, was uprooted by the violence.

"Honestly this job is hard," Khudhur explains. "But when we see the people comfortable and happy, we forget that we're tired."

Read more about programming in Iraq.

Read the latest update from CRS country programs and partners around the world as they respond to... END_OF_DOCUMENT_TOKEN_TO_BE_REPLACED

Read the latest two-page summary from CRS country programs and partners around the world as they... END_OF_DOCUMENT_TOKEN_TO_BE_REPLACED