Catholic Relief Services brought many emergency supplies to an evacuation center after fighting broke out between rebels and Philippine military forces last spring.

But among the water purification tablets, tarp, cooking pot and various personal hygiene items CRS provided, there was one simple thing that Saima Kasim appreciated most—towels. 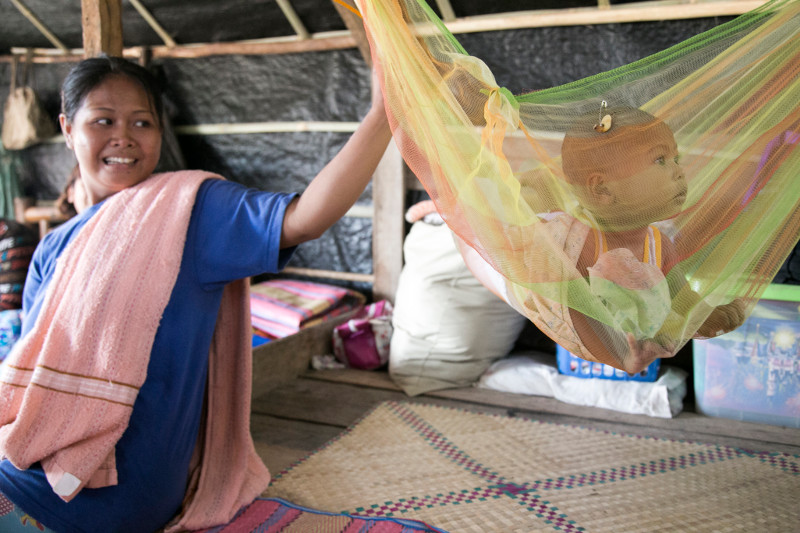 Saima Kasim rocks her son, Jordan, in her mother's temporary shelter. Saima's own shelter is unshaded and unbearably hot during the day. Photo by Jennifer Hardy/CRS
"This sounds strange as I'm sure all of my neighbors would say that they are most thankful for the tarp or water tablets, but for me? I'm grateful for the six towels," says Saima, who fled with her husband and baby.

"I only took one towel with me when we ran, and I've never, ever thought about not being able to change towels when I needed to," she says. "But with only one towel, it was never dry. It got moldy, and that's all I had to dry my son, Jordan."

The most recent round of fighting in Southern Mindanao brought other major disruption to Saima and so many others. She had been preparing to travel abroad for work.

"I was getting ready fly from Manila to work abroad as a domestic helper in Lahore, Pakistan, when the fighting started." Instead, she flew home, certain that she would soon be back on her way. Her neighborhood has always been relatively safe.

"I was making coconut oil and thinking of when I might book a new flight to Lahore," she says. "Then my in-laws came running and said we had to leave right away. I had 20 minutes to gather my things. We ran. And we heard sounds of fighting get closer as we did. 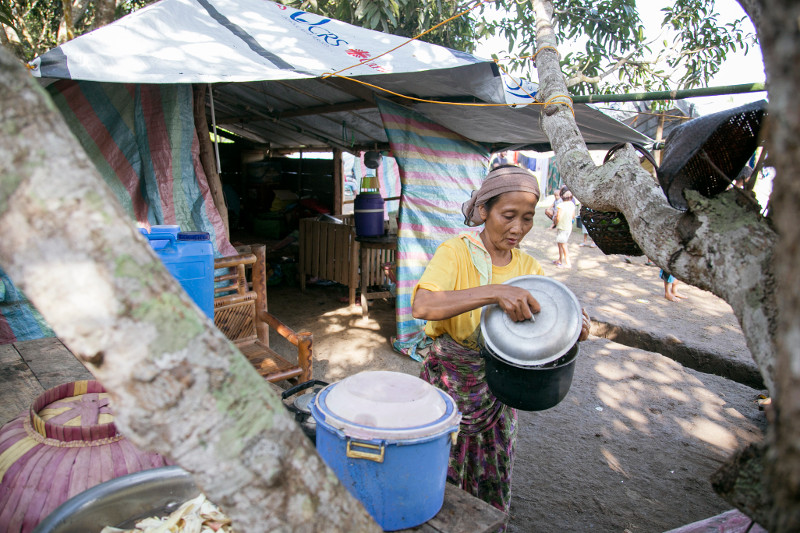 Sambai Kandado, displaced along with her daughter Saima and family, cleans outside her temporary shelter. Photo by Jennifer Hardy/CRS
"We gathered three boxes of clothes and baby formula," carrying them 2 miles to the mango grove where her tent now sits, says Saima. "We knew we could come to this place and it would be safe, but our first night here was very difficult. We didn't have a clean space to sleep. There were tangled grasses and bushes everywhere. We had no water, little food, and the next morning, as the sun came up, the heat was so strong. We looked around and saw nothing except for other people, and their boxes and bags."

Throughout this camp in Upper Sampao, you hear similar stories of plans interrupted, upended and delayed. Families wait with no indication of when their waiting will end. They sit in the shadows of the spotlights of international attention that shine on other refugees crises around the world, hoping for word on when it will be safe to go home and start rebuilding.

Many make plans for their return—for planting rice, for repairing walls pockmarked by shells, for scraping out a collapsed roof from still-standing walls. Some simply think about getting a first glimpse of home, with their plans dependent on what they will find.

When the violence broke out, CRS Philippines—which has ongoing work in Maguindanao province—moved quickly to bring help to hundreds of families in the Upper Sampao mango grove and other evacuation sites. 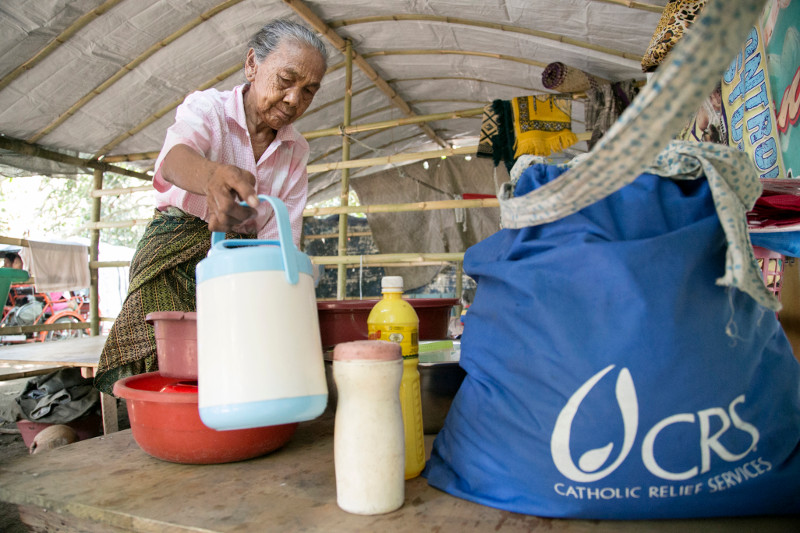 CRS has made Siyang Dipatuan's morning routine a little easier by providing essential household goods. Photo by Jennifer Hardy/CRS
Saima says that her family needed the help. "We couldn't think about what we would bring. So we had nothing. No pot to cook rice, nothing to make a shelter, no broom to clean. And we also thought we would be gone for a short time—maybe a day or 2 days—not these weeks and weeks."

CRS has adjusted our plans to deal with the longer duration. Working alongside our partner Kadtuntaya Foundation Inc., and with CRS private funds, teams have built latrines and water stations in the camp.

Meanwhile, each new sound of shelling or rumor of rebel retreats raises and lowers hope through the long days, just as it does among the millions displaced in countries far away from the southern Philippines. In so many of these places, CRS is present, helping the most vulnerable people caught between a violent present and their hope for the moment they can begin to plan again.

In such places, the small things can make all the difference. "Now I know what it is like to live with one towel for many people—and I feel happy each time I can hang two washed towels to dry, and still have four more ready to use," Saima says.

Read the latest update from CRS country programs and partners around the world as they respond to... END_OF_DOCUMENT_TOKEN_TO_BE_REPLACED

Read the latest two-page summary from CRS country programs and partners around the world as they... END_OF_DOCUMENT_TOKEN_TO_BE_REPLACED