Through The Lens of Our Photographers 2019

Welcome to year four of Through the Lens of Our Photographers—the CRS Storytelling Lab’s annual "best of” photo gallery. Photography is CRS’s primary form of storytelling, and the images we use reflect our longstanding efforts to uphold human dignity wherever our work takes us. We are grateful for the outstanding photographers—visual storytellers—who help us achieve that. Here are some of their best images from 2019—enjoy!

Thank you for supporting our work and CRS.

Phil: "I love the counter-balance and complimenting colors of the main subject and the person walking in the background. I also like the diagonal line of the road that leads to the open smile of our subject, Manjulata Routray. Here, she’s pictured in the vegetable garden that she relied on after Cyclone Fani drove food prices higher in her local market."

Lauren: "I agree, those colors are really striking together. Beyond being beautiful, the lush, vibrant colors give a sense of bounty and happiness."

Jen Hardy: "I loved meeting this woman! She saw me photographing her neighbor’s garden and she was so excited to show me her garden that she had replanted just a couple of days after Cyclone Fani destroyed it. She also picked a bunch of okra and cooked it for me—she wanted to show how good it was!" 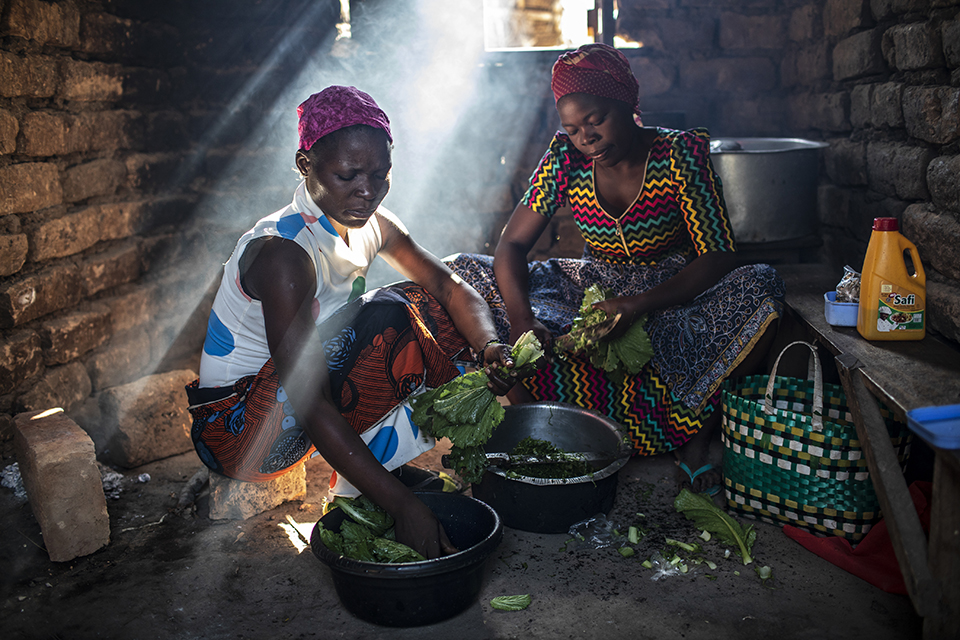 Lauren: "I was attracted to this photo because of the contrast between this mundane, every day activity of cooking a meal with the beautiful quality of light and rich colors. These women provide for their families, a thankless job at times which is done without a second thought. The light streaming through the window accentuates the quiet, unspoken beauty in this task—it means health, survival and life for their families and future generations." Phil: "Grandfather Eliakim Dude's face seems to smile and cry at the same time, it's like a Kenyan story without words."

Lauren: "As a photographer, it can feel invasive to get this close to take someone’s portrait, but this photographer was able to earn this man’s trust and capture those soulful eyes which so clearly have a story to tell." 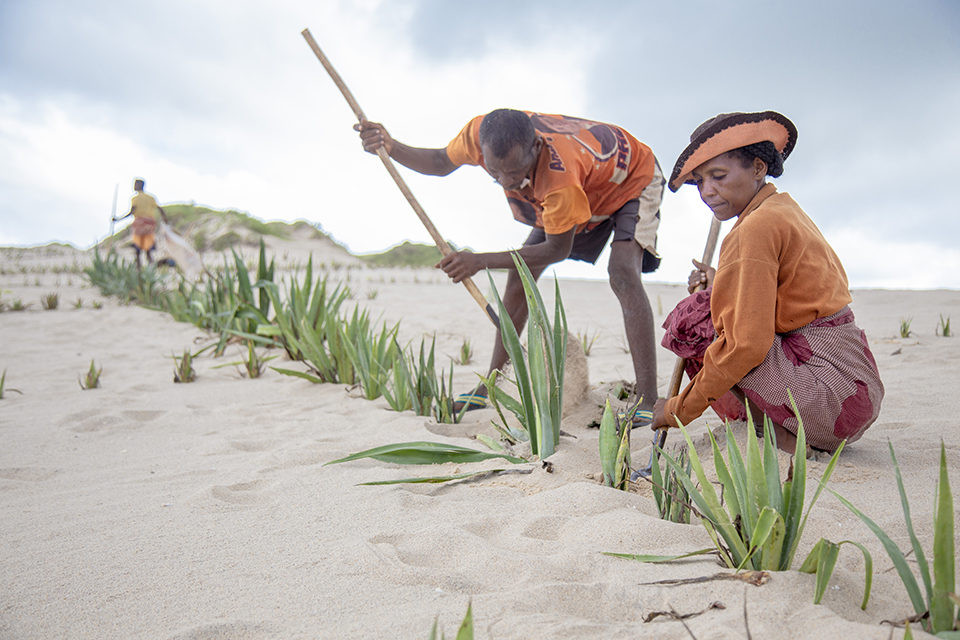 Lauren: "I am struck by the composition that is created with the line of the plants intersecting with the shovel elegantly takes your eye through this photo. The pop of orange against the overcast sky and bright sand bring you right back to the two individuals."

Phil: "I love the mystery in this image of plants in the desert. Community members have planted thousands of these sisal plants to prevent winds from blowing sand into their farmlands."

Dooshima: "Several people told us that the dunes had already blown over and covered their farms and houses, forcing them to move. What was most magical to me was how cheerful and proud the people working on these dunes were to be able to do something for themselves." Phil: "The perspective of shooting from below the Nigerian cassava farmers creates a heroic landscape. The eye is drawn to the woman in the middle. She's rendered against the sky like an iconic illustration—an archetype of strong, woman-led African business."

Lauren: "Part of what makes this image so strong is the repeated triangles throughout. The people, the cassava bags, and the rooftop all form triangles that emphasize the heroine at the peak." Phil: "Shooting a photo from below helps to empower 10-year-old Rahna, a student from Afghanistan. This technique and her confident expression make this an iconic shot."

Lauren: "Without the CRS school built in this community, Rahna’s only choice would have been to travel to another village’s school which is miles away and involves crossing either a dangerous highway or wolf-infested terrain." 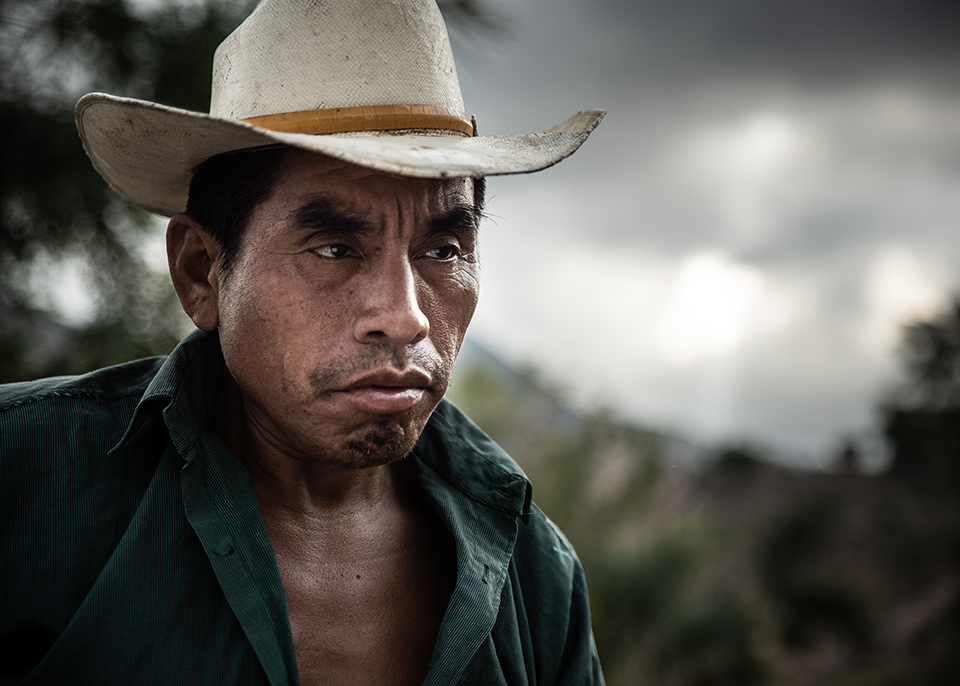 Phil: "The determined eyes, the work-worn hat and the dramatic dark shadows—this shot reminds me of a still from an old western. It’s a winner. But this isn’t acting. Silverio Mendez’ grit is authentic. His family has hung onto their farm in Guatemala and lived through extended droughts for three generations in the Dry Corridor of Central America."

Learn how to help families being forced to migrate due to drought. 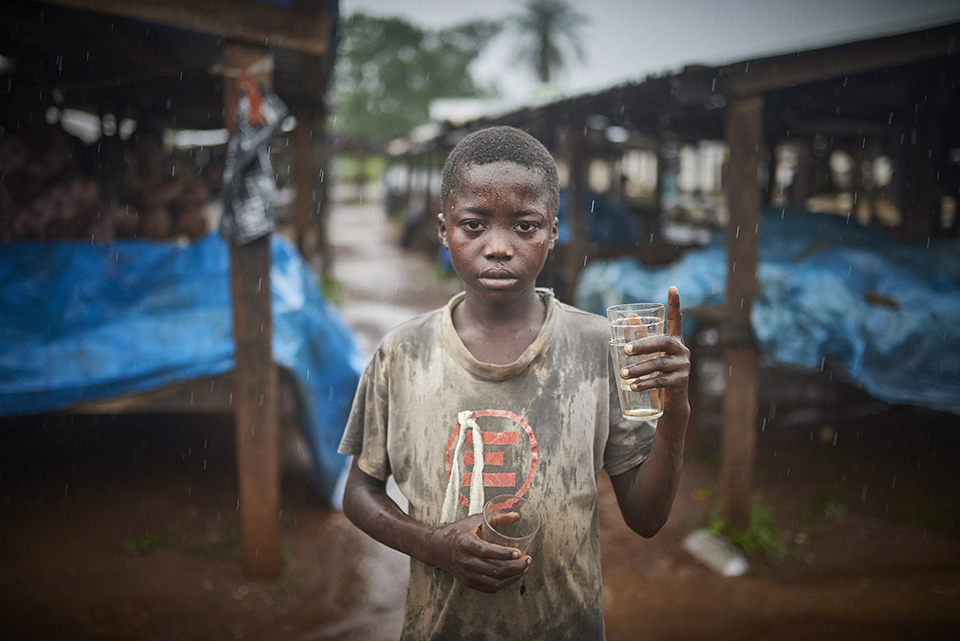 Phil: "A tea salesman works and poses in the rain, his determination and pride are heartening considering that he and the other vendors had to re-build the market from ashes."

Lauren: "The town where this photo was taken had been torn apart by conflict and violence in 2014. This market has since been rebuilt. I love the intensity of his gaze and his refusal to seek shelter during the storm."

Sam Phelps: "For me, revisiting this market after seeing it once thriving, then burnt out to a shell and now functioning again … the photo represents fleeting moments captured in time, like the rain drops caught in their descent or the feeling of a pause created with Ibrahim’s finger raised in the air." Lauren: "This woman’s rich green shawl immediately attracts you to this photo—but it’s her hopeful and genuine expression that keeps you here."

Phil: "I love the colors and the feeling of this image of Ethiopian farmer Hindiya Umer. There's a sense of hopeful bliss in it—hope we'd imagine for a future without the drought that destroyed her crops." 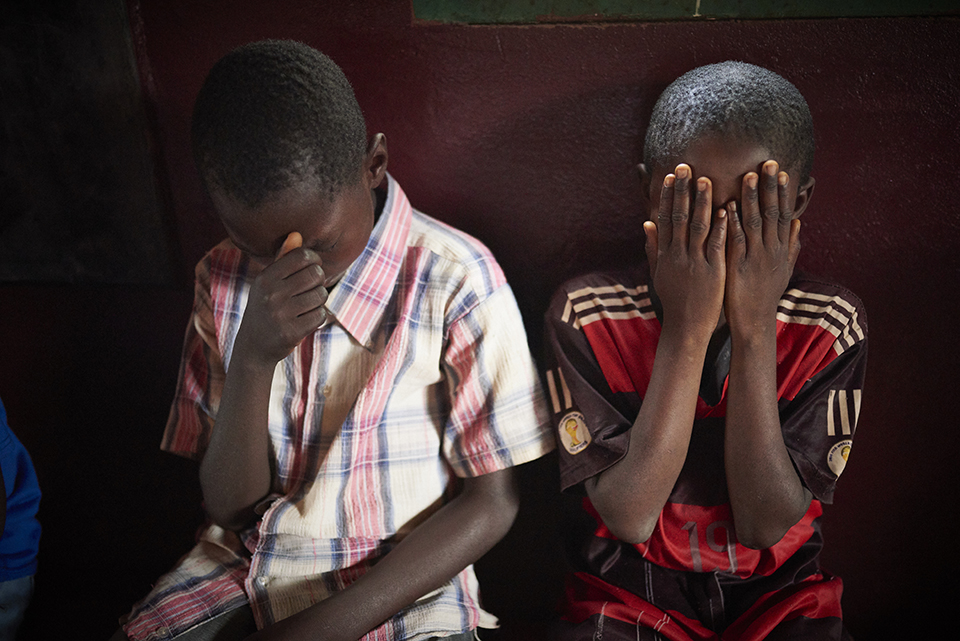 Lauren: "Even though you can’t see their eyes or expressions, their gestures suggest a very emotional and private moment. It’s the sort of situation where as a photographer, you wonder if you are invading that privacy or crossing a line."

Phil: "This shot wins for mystery. It compels the viewer to investigate."

Pictured is a Central African Republic, trauma healing workshop called, "Singing to the Lions." Penina Ngoessate, Animator of the workshop says, "I ask the question "Who is your lion at home? The children closed their eyes, to understand their fears. If these children are healed they will understand their fear, be healed of their trauma. They will grow up like other children.

Read more about this healing peacebuilding workshop in CAR. 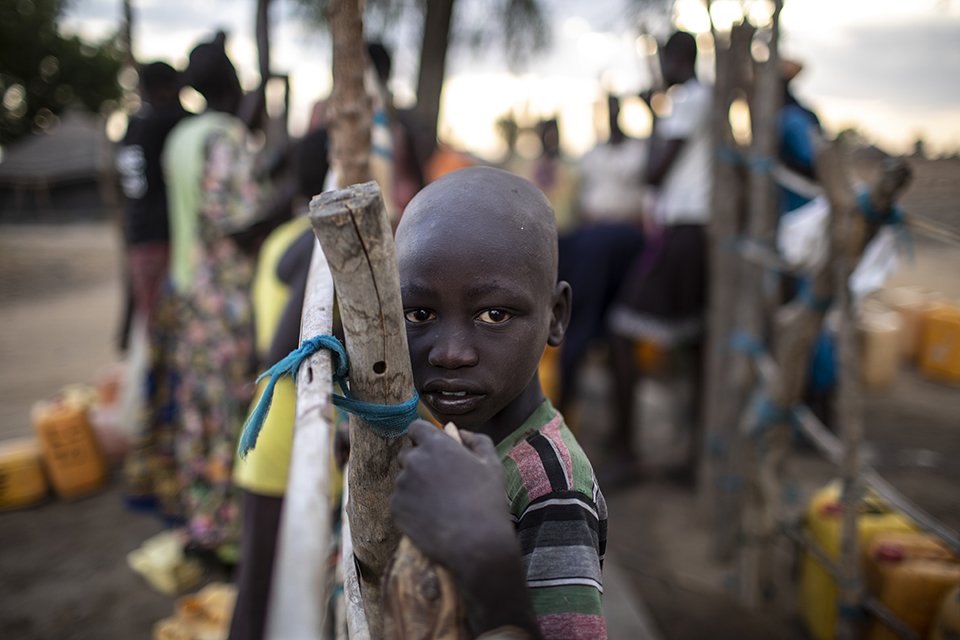 Phil: "In the developing world it's common for photographers to be surrounded by the children of the village. At times they can make it difficult to document your chosen subject. At other times they can unexpectedly become the focus, and in this case, life during a conflict." 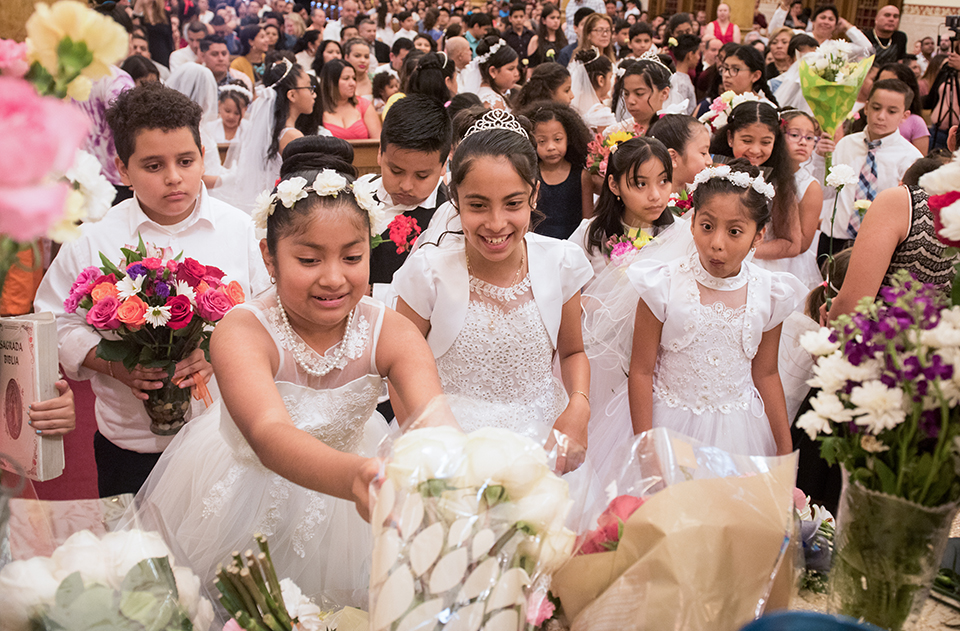 Phil: "A busy background in most photos is distracting, but for the congregation of Sacred Heart Church in Baltimore, MD, the Coronation of Mary is a big deal. I wanted to show the sea of faces and heads to emphasize that point."

Lauren: "The girl on the right is like a little exclamation point in this composition—it’s hard not to smile when you spot her face!"

"Through the Lens of Our Photographers 2018."

"Through the Lens of Our Photographers 2017."

"Through the Lens of Our Photographers 2016."