For adolescent girls and young women in parts of Uganda, life is filled with risks to their health, security—and their futures.

The idea of speaking to her mother used to strike fear into 12-year-old Jalia Nabuyonjo.

“If I needed to ask for anything, I wouldn’t approach her. I would not be able to chat with her or discuss anything with her,” says Jalia.

In rural Uganda, children often struggle to communicate openly with their parents who, as the heads of their households, are often unapproachable. But CRS is working to break down these barriers and foster positive relationships between teens and their caregivers in the belief this will lead to healthier, more secure communities. We place special emphasis on orphans, vulnerable children and youth. 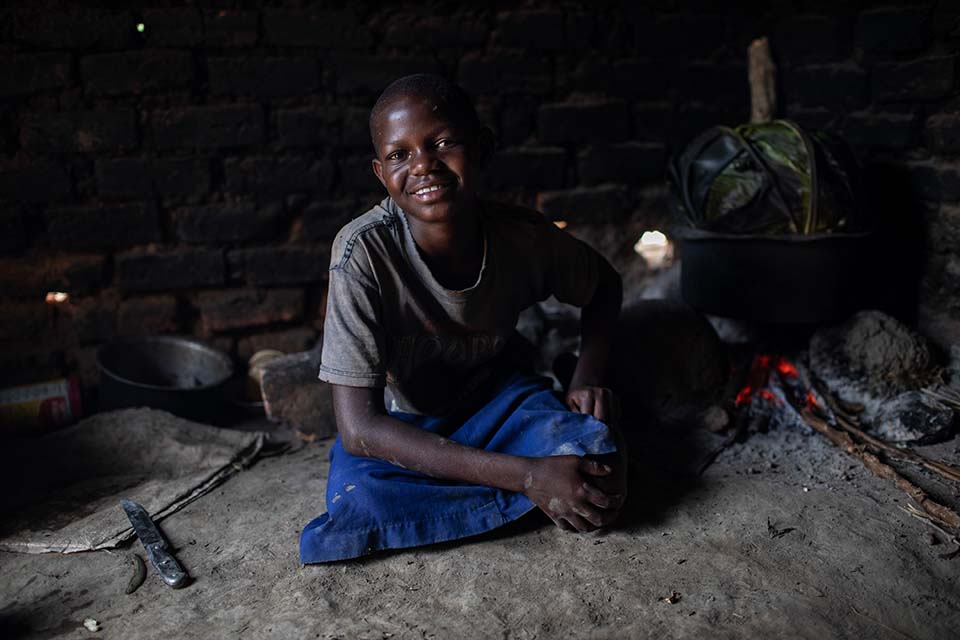 Jalia Nabuyonjo participates in the Sustainable Outcomes for Children and Youth project in Central and Western Uganda.

Sustainable Outcomes for Children and Youth, DREAMS and Sinovuyo

Jalia’s community in Uganda is one site of the Sustainable Outcomes for Children and Youth project, or SOCY, designed to improve the health, nutrition, education and well-being of orphans and vulnerable children, as well as reduce their abuse, exploitation and neglect. Through SOCY, girls and young women like Jalia benefit from a program to help them become women who are Determined, Resilient, Empowered, AIDS-free, Mentored and Safe—known as the DREAMS initiative. The program is funded by the United States Agency for International Development and the President's Emergency Plan For AIDS Relief.

As part of the DREAMS initiative, Jalia and her mother Hadija Nassali participate in Sinovuyo sessions to strengthen families and promote positive parenting. These gatherings provide a safe space—and encouragement—for girls and their mothers to communicate better and discuss issues related to the role of the girl in the household, and more difficult topics such as HIV and early pregnancy.

The ultimate goal of Sinovuyo, which means “we have joy” in Zulu, is to help the participants understand how things such as poverty, gender inequality, sexual violence and lack of education are direct and indirect causes of increased HIV risk among girls.

During the sessions, girls and their mothers also learn to communicate more openly and designate “special time” when parents agree to pay close attention to their child and her concerns.

“I used to fear my mother. But after the Sinovuyo training, I would find my ‘special time,’ and I would sit with her and ask her for what I want, and she would respond,” says Jalia. “I know to find my mom when she is in the right mood.” 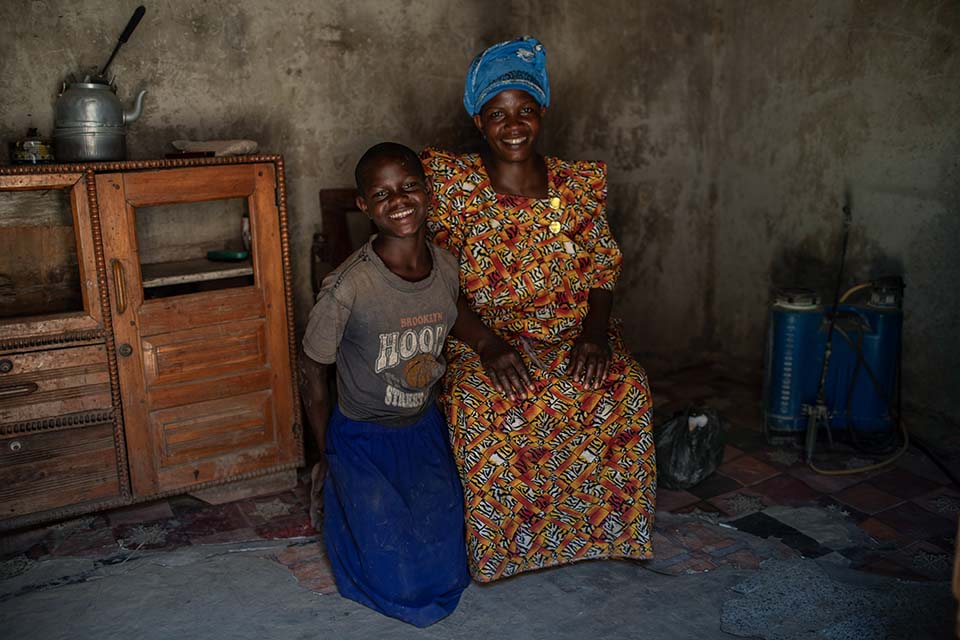 Jalia Nabuyonjo (left) with her mother Hadija Nassali at their home in Minkonyi, Uganda. Their DREAMS training encourages them to spend quality time with each other.

Her mother, 38-year-old Hadija, has 7 children age 7 to 19, and says the trainings have helped her to control her anger.

“I used to be very tough and rude before attending Sinovuyo. But after that training I learned how to be calm. Before Sinovuyo, just a child delaying at school would cause me to quarrel and complain even before knowing what happened. I would beat the children. But now if I send her somewhere and she takes too long, I will let her explain and then I can understand,” Hadija says.

Immaculate Tayebwa, a social worker from the region, explains that before the Sinovuyo training sessions domestic and gender-based violence was prevalent.

“Parents would beat up the children, they would beat up each other,” she says.  “But after acquiring skills in good parenting through SOCY, now that is no longer the case. Problems are being solved in a calm way. They listen to their children.”

Jalia, who seems quiet at first glance, says she also learned a bit about anger management. 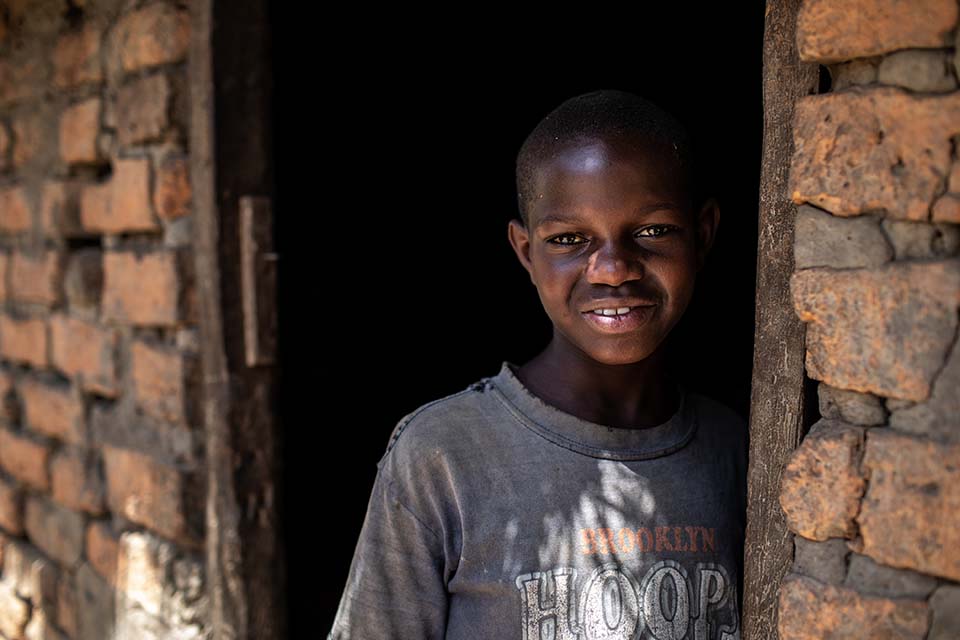 Jalia Nabuyonjo in the doorway of her home. She participates in the Sustainable Outcomes for Children and Youth project in Central and Western Uganda.

“Before learning in Sinovuyo, when my siblings would disturb me, I would just abuse them and quarrel with them. But after the training, I would try to find a ‘special time’ to pass my complaint to my siblings and then they would explain to me, or tell me it was by mistake,” says Jalia. “Then I would understand. The war would end there.”

In Central and Western Uganda, where CRS and its partners implement DREAMS, girls like Jalia frequently face risks to their health, independence and future. Poverty and lack of education make them targets for predators, which in turn puts them at risk of contracting HIV and early pregnancy.

As a part of the DREAMS initiative, participants are provided with a package of services that includes HIV testing, HIV and violence prevention education, positive parenting sessions with their caregivers, and socioeconomic services for out-of-school adolescents.

Goretti Nakabugo, the DREAMS senior program officer in Kampala, explains that girls in Uganda are at four times the risk of contracting HIV as boys their age.

“That’s why we have to do prevention. Uganda is one of the countries where adolescent girls are the face of HIV,” says Goretti, adding that orphaned girls are at even higher risk of contracting HIV.

Despite global progress in response to the HIV epidemic, infection among young women ages 15 to 24 in a subset of sub-Saharan African countries remains an urgent problem. AIDS is the leading cause of death for adolescent girls in Eastern and Southern Africa, who account for 74% of all new infections. As many as 7,000 new infections a week occur among the most vulnerable girls and young women.

In Uganda, the DREAMS initiative is being implemented in four districts: Gomba, Mityana, Luwero and Rakai. To date, some 8,291 teens and their caregivers have taken part. DREAMS also encourages Sinovuyo participants to get tested for HIV, to be aware of their status.

Jalia was tested after enrolling in DREAMS. “Now I know my HIV status. I am negative. I’ve decided to keep myself safe so I can remain negative,” she says. 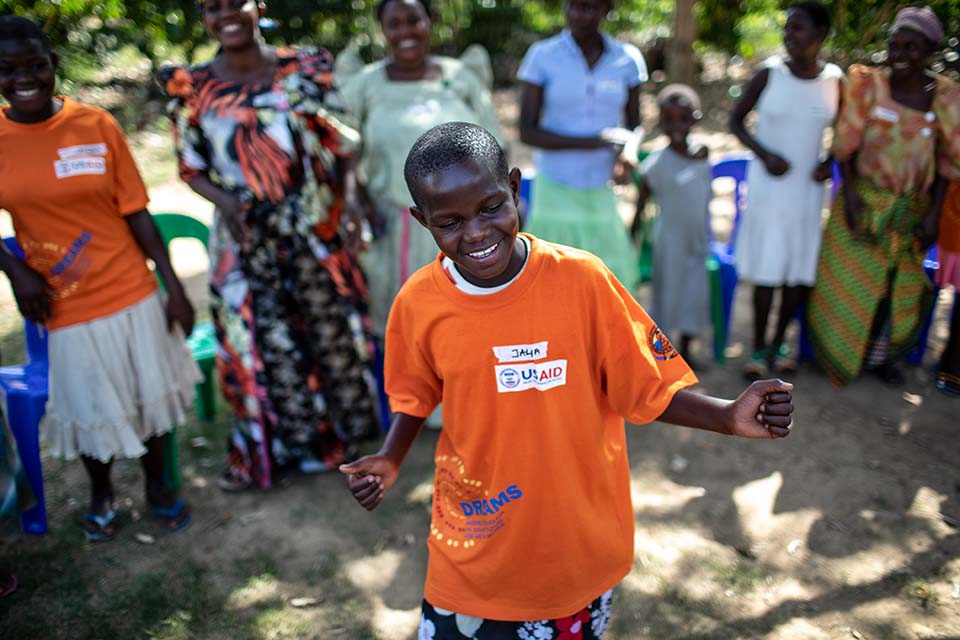 Hadija and the rest of her children tested negative as well.

“The trainings that they are giving us teach us how to keep ourselves safe from HIV,” says Hadija.

Unsurprisingly, money is Hadija’s biggest concern. Her most urgent need is school fees for four of her children.

“My oldest son stopped going to school. All the time they were sending him back home because of school fees. I could not afford to keep him in school,” says Hadija. “The children would spend weeks at home when I didn’t know where to get money from. By the time the child went back to school, they had missed exams, and that’s how the rest of the older children dropped out of school.” 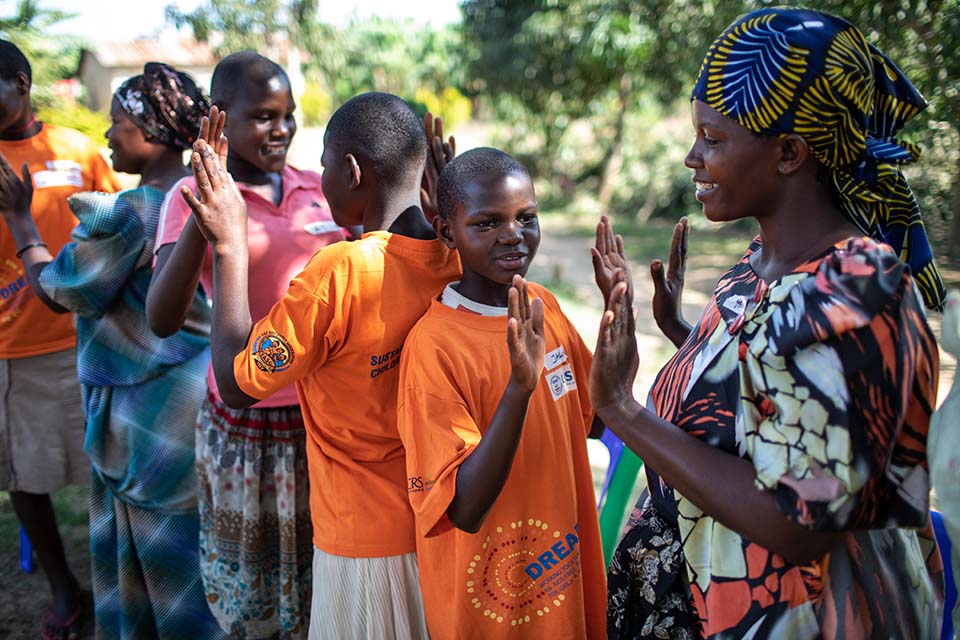 “They are trained on how to save. They are trained that they should not just save for the sake of saving, but to save with a goal. Then they borrow with a purpose and utilize that money accordingly,” says Immaculate.

Hadija credits those trainings with helping her keep her younger children in school.

“Before, we didn’t budget our money. If we earned money, we would spend all of it right away. But now we know how to budget and plan what to spend our money on,” says Hadija. “Now we are even saving.”

“I borrow and I am able to send my child to school. I am saving for school fees and scholastic materials, and also am able to buy food,” she says. Last year she borrowed the equivalent of over $45, which she has already paid back.

For Jalia, this news is a great relief.

“I am so happy that I am going back to school,” says Jalia. “I would feel terrible when I had to stay home from school. I would begin wondering, ‘What have they studied? What am I going to do to catch up?’”

The SOCY project aims to improve the health, nutrition, education, and psychosocial wellbeing of orphans and vulnerable children and youth, as well as reduce abuse, exploitation, and neglect among this population. Sinovuyo sessions are conducted as part of the DREAMS initiative, which is designed to help adolescent girls and young women, 10 to 17 years old, develop into Determined, Resilient, Empowered, AIDS-free, Mentored and Safe women.