People are working tirelessly to see that people like us are happy again.

In Nigeria, the stigma associated with HIV remains daunting and many people living with HIV are managing their health in isolation. In Ogun State, Nigeria, when Naomi and her 15-year-old son, David, tested positive for HIV, a key concern for Naomi was how to keep their status a secret. 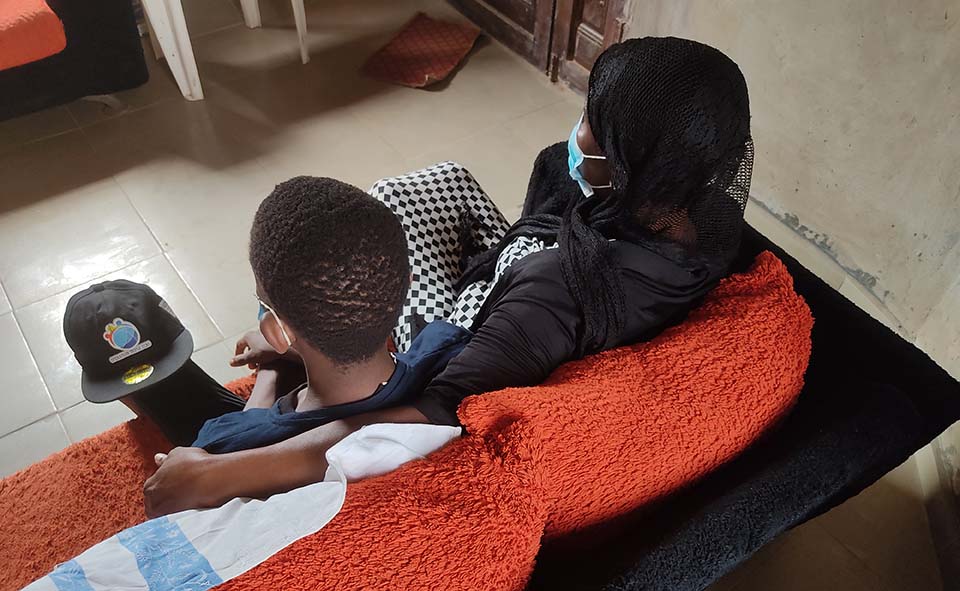 Naomi and her son sit together in their home in Nigeria. Through a community support group, they are learning how to manage living with HIV.

The fear of being stigmatized can be gripping, and understandably so. A 2015 study published to the National Library of Medicine estimates that half of Nigeria’s population discriminates against people with HIV.

“I first stigmatized myself after I found out about my status,” says Naomi. “Even when I enrolled at the health facility, I didn’t use my real name, I even changed my son’s name.” Naomi was afraid of being killed—she also feared she would die from the infection.

In 2017, David developed scabies and the hospital where he was treated recommended an HIV test. Upon learning he was positive, Naomi had herself and her two younger children tested. Naomi tested positive, but the younger children did not. Naomi and a few close family members agreed that David’s HIV status should not be disclosed to him—they felt he was too young to know the news. The hospital prescribed HIV medication for David, which he believed was for scabies. Naomi encouraged him to continue taking this medication, but after a few years, he couldn’t understand why he still needed it and began throwing away his daily doses.

In 2021, Naomi was invited by staff at her local health clinic to participate in a training for caregivers of young people living with HIV. The training was part of the Faith-Based Action for Scaling up Testing and Treatment for the Epidemic Response, or FASTER, project. FASTER is implemented by Catholic Relief Services and provides a safe space for people like Naomi and David to learn about HIV and AIDS. With funding from the Centers for Disease Control and Prevention (CDC), and support from the Clinton Health Access Initiative, government and CDC implementing partners, FASTER scaled up the Operation Triple Zero initiative in designated health facilities. Operation Triple Zero encourages participants to commit to a treatment goal of achieving “three zeroes”: zero missed appointments, zero missed medications and zero viral load.

Naomi says she really enjoyed the first day of the training and was excited to continue. However, one requirement was that she would need to bring David. This worried her, as she would need to disclose his HIV status to him. But she says that by the time she left the training, her mind was made up to do it—she’d learned about the three stages of disclosure and felt she finally knew how to tell David. 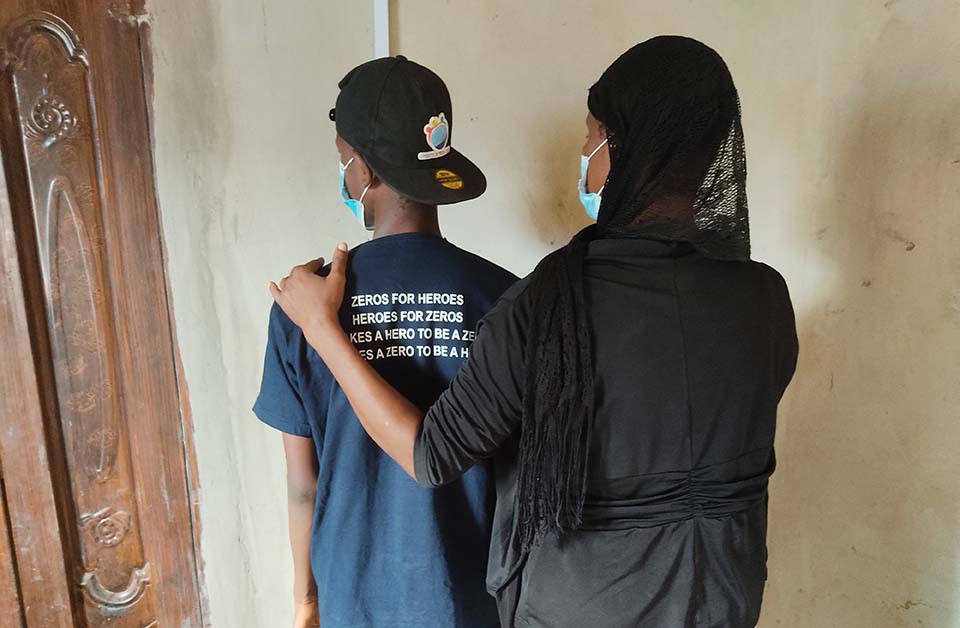 That evening, Naomi took David on a walk after dinner and navigated through conversations around illnesses, HIV and her own status, before eventually revealing his status and answering his questions. When she asked him how he felt, he said he was sad but that it was better for him to know. The following day, David went with Naomi to the meeting and was surprised and relieved to meet other people with HIV who were thriving.

While David’s siblings still don’t know about their brother and mother, Naomi says that having this shared knowledge with David has brought them closer.

“We place our medications together, and when he is taking his, he will ask if I have taken mine and if I say no, he will bring it wherever I am,” says Naomi. “If I’m the kitchen or the room, he will bring it to me with water. And the same goes for me, when I’m taking mine, I will ask if he has taken already and take to him.” Naomi says that non-disclosure is such a burden, “I am just happy, my mind is free.”

David is now a peer facilitator for an Operation Triple Zero club of 29 young people who are living with HIV.

“I’ve been teaching them how to say the pledge, supporting adherence and we play games,” says David of his role. “I’m benefitting from good morals and good relationships, and I am more encouraged to be taking my drugs regularly.”

David wants to be a Catholic priest—he’s talked about it since he was 10 years old. Naomi always thought David was timid and shy, but now sees how his experience in the Operation Triple Zero club has given him confidence, especially with public speaking. She thinks these skills will come in handy with his vocational aspirations.

Naomi is now a trained facilitator and is diligent about preparing weekly trainings and following up with participants who’ve missed a session. Her outlook on HIV has changed and she finally shared her real name with staff at her local health facility.

“After the training it was a different thing altogether. People are showing concern. People are working tirelessly to see that people like us are happy again. So I now wanted to come and answer to my name again,” Naomi says.

Naomi and David hope that more people with HIV have access to this sort of support.

“I’m just happy for this project, and it’s not only to my family,” Naomi says. Many others are being told their status. “So, I just wish that the project stays. There are still other children in the community that have yet to know.”