In 2011, South Sudan was a hopeful new nation that had just gained independence from Sudan. In 2013, civil war broke out. Although there was a brief cease-fire, it collapsed in July 2016 and more violence erupted. 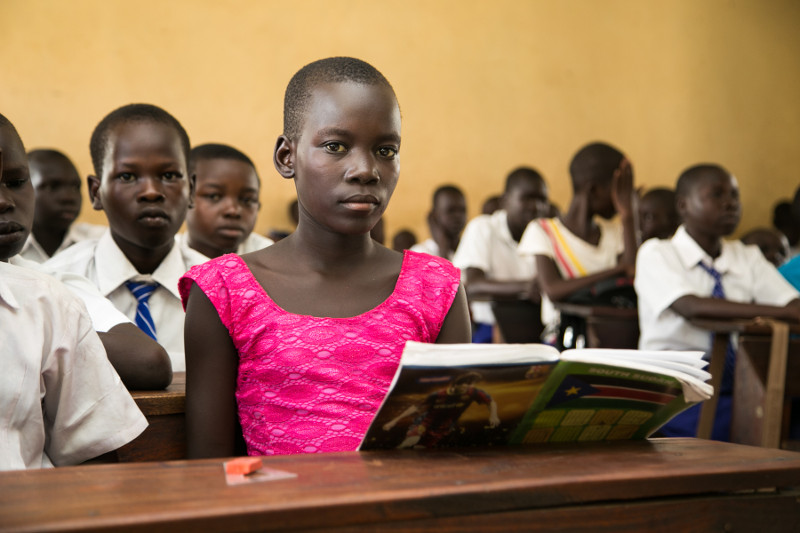 Even before the resurgence of violence in South Sudan, CRS had been aiming to improve education. The project includes teacher training, school supplies, clean water and rehabilitation of latrines. Photo by Nancy McNally/CRS

Even before the most recent conflict, less than half of all South Sudanese had access to safe drinking water. And only 1 in 10 people has access to sanitation, in many cases a pit latrine. Cholera, an often-fatal disease—especially among weak, hungry people—was first detected in the capital, Juba, in June 2016. More than 5,000 cases have been found across the country since, all in areas with high concentrations of people living in camps for the displaced. The camps have limited health services and hygiene. More than 100 people have died of cholera, in addition to those who have died from famine, which has been declared in two counties. Famine could affect much wider swaths of the country by the peak of the lean season in June and July.

The United Nations estimated that 100,000 people are facing an imminent risk of death from hunger unless there is an immediate response of emergency food and water to the worst-hit zones. In a few months, 5.5 million people—or nearly half the country—will be struggling to survive extreme hunger. Weakened by lack of nutrition, they will be more vulnerable to opportunistic diseases like cholera.

This is a man-made disaster: Although there has been a drought, it hasn’t been nearly as bad as in other countries in East Africa. But in South Sudan, lack of security prevents people from planting any crops.

With the renewed violence, many students left St. Kizito Primary School in Juba last year. But other students displaced to Juba arrived. Catholic Relief Services quickly refurbished existing pit latrines, built latrines specifically for girls, and added more latrines to accommodate teachers and students. We also drilled a borehole so the school now has access to clean water. Hand-washing stations were set up near the latrines and at the entry to the school canteen. 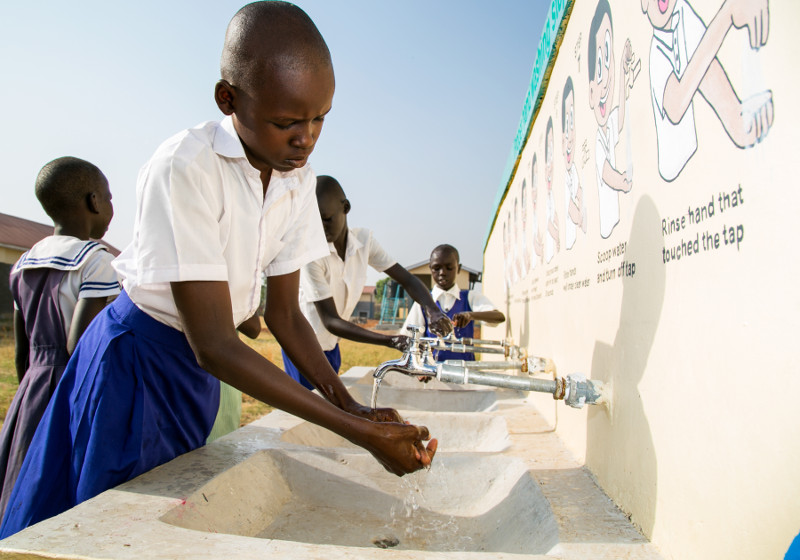 Students at hand-washing stations with a water supply tank installed by CRS. Photo by Nancy McNally/CRS

“When we first came here, the school was having water brought in by trucks,” says Willie Kiarie, education program manager for CRS South Sudan.

“Those trucks bring in two types of water: treated and untreated, but it’s hard to know which is which. Some of the water comes straight from the Nile, meaning people can get any number of sicknesses,” he says.

So far, Juba has not had an outbreak of cholera from the river, but it’s a very real risk.

Six Catholic schools besides St. Kizito are benefiting from similar infrastructure improvements and hygiene education. “Even though we’ve only been working a short time, we can already see a clear trend that cases of illness, such as diarrhea and typhoid, are going down,” said James Okello, CRS hygiene promotion officer for the Catholic schools project funded by Latter-day Saint Charities. He says that cases of malaria should also decline, since mosquitoes are attracted to dirty latrines.

At St. Kizito, the program also supported creation of a school health club, a 20-member group elected by the school. Members share lessons on hygiene at school and at home with family members, including younger siblings. This helps maximize the benefits of our hygiene promotion activities in schools.

“It might be small things, but important things,” she says. “We always have soap at home now to wash our hands, but before we didn’t think it was so important.” She says her family appreciates knowing ways to protect themselves from sickness.

August recess is a key moment to meet with your members of Congress while they are out of session... END_OF_DOCUMENT_TOKEN_TO_BE_REPLACED

Use this calendar for key dates to reflect and take action with your community to address climate... END_OF_DOCUMENT_TOKEN_TO_BE_REPLACED