“We have a Malagasy proverb that says that education is the community’s most beautiful heritage.”

In the village of Miary Ankoronga in southern Madagascar, Labaladezy Rasoanandrasana chats with a puppet while a small crowd gathers to listen. The puppet, perched on the hand of a CRS staff member, playfully quizzes Labaladezy. “What would you do if your son was sick?” the puppet asks. “Take the child to the doctor or community health workers,” says Labaladezy, whose wife recently gave birth to their eighth child. “Correct,” the puppet confirms, while the crowd nods.

While a puppet show may seem an unusual way to communicate healthy decisions about infant and child care, this innovative, CRS-designed approach, funded by the U.S. Agency for International Development’s Food for Peace program, has shown positive results in rural communities in Madagascar where there are high rates of malnourished children.

Because good nutrition is more than how much you eat, classes emphasize that children must have the right kind of food with enough vitamins, minerals and protein to help them grow and develop. The project also shows how to improve specific hygiene practices and develop healthy family relationships in order for their children to thrive. 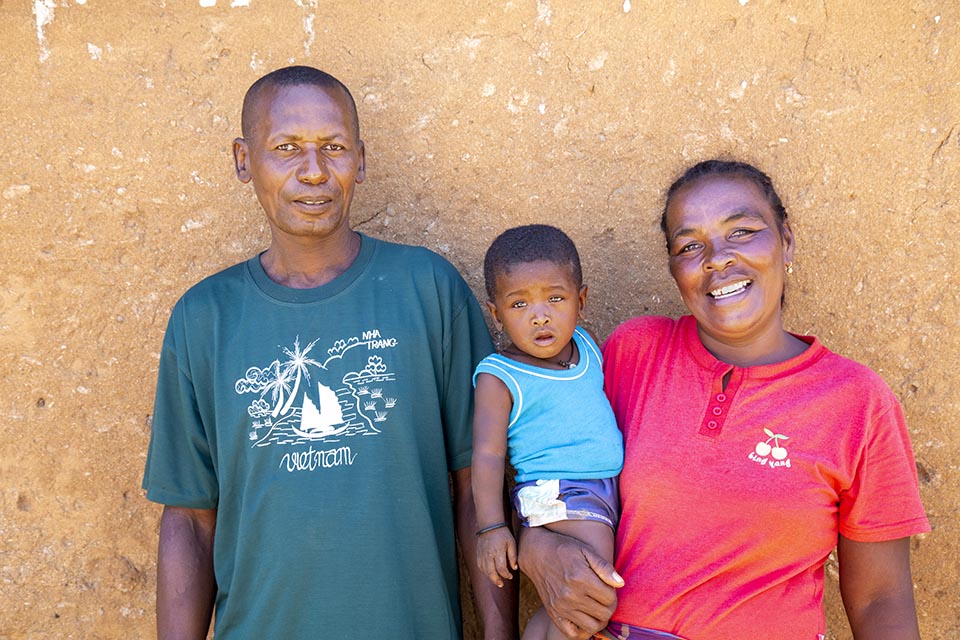 “We have a Malagasy proverb that says that education is the community’s most beautiful heritage,” says Labaladezy’s wife, Frankline, who has adopted several changes to strengthen the health of her family. While pregnant with her eighth child, Frankline made her first regular visits to the community health center, where community health workers recommended breastfeeding her child exclusively for the first six months. When their baby still failed to thrive, she and Labaladezy took him to the hospital and learned that he should also be introduced to a variety of vegetables and be weighed regularly to assess his growth.

Now Frankline grows a rainbow of foods in the garden and shows other mothers how to do the same. “The thing that really makes me happy is that we've been taught how to diversify food for babies, and I’m also diversifying my own food and my own diet,” says Frankline.

“I get to eat vegetables that I’ve never eaten before, and I'm discovering flavor. I just enjoy eating all of these new recipes.” 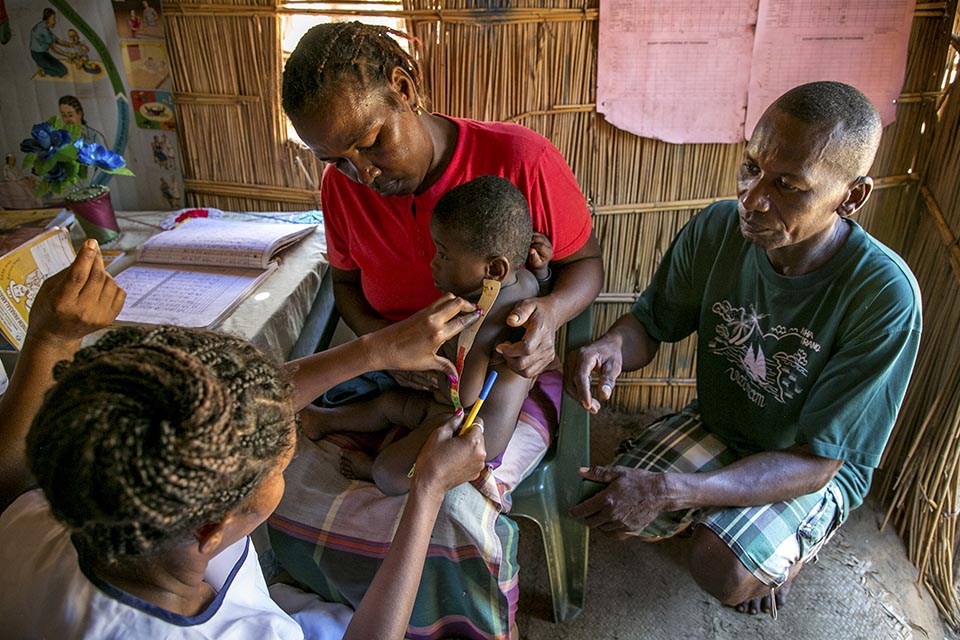 When their son failed to thrive during his first month, the couple also recognized the importance of sharing childcare responsibilities. The doctor attributed the baby’s weakness to Frankline’s post-pregnancy illness and fatigue. With encouragement, Labaladezy learned to prepare the baby’s meals and take him for his weigh-ins at the health center, enabling him to help if Frankline was busy at the market. Sharing responsibilities improved the well-being of the entire family, from the health of their children to the health of the couple’s marriage.

Labaladezy says of the couple’s relationship, “It has improved in such a way that I could never imagine.” He adds, “We are placing kindness among our priorities.”

Frankline has also become a leader in the community and shares her knowledge about infant nutrition with other mothers. Her son is healthy and, she says, “I am proud of what I’ve accomplished and of being one of those who can spread all these messages.”

Over 50 years ago, Pope John XXIII recognized the complexity of caring for hungry people, reminding us that every person “has the right to life, to bodily integrity, and to the means which are suitable for the proper development of life; these are primarily food, clothing, shelter, rest, medical care, and finally the necessary social services.”

CRS recognizes that healthy children need nutritious food as well as supportive families and safe communities to thrive. Together, we can lead the way to a world where all children, families and communities have regular access to the food they need in order to lead healthy and dignified lives.

Congress has been quickly passing legislation to respond to the growing threat of the COVID-19... END_OF_DOCUMENT_TOKEN_TO_BE_REPLACED

A pandemic like COVID-19 is disrupting the lives of families worldwide and has the potential to... END_OF_DOCUMENT_TOKEN_TO_BE_REPLACED