Identical twins Diana and Dana Khzouz, 20, have more than looks in common. They both study English literature at the same university and have the same friends. They even finish each other’s sentences. 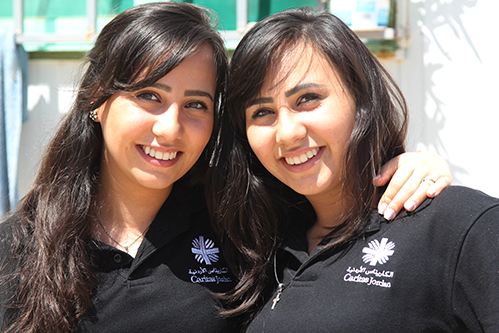 The twins have befriended many of the Iraqi refugees they've met at the shelter, including Dunia Afram Ishak, center. "When I first met them, we immediately felt like a family,” she says. Photo by Nikki Gamer/CRS

And they both do volunteer work through Caritas Jordan, putting them at the forefront of their country’s response to the influx of refugees from Iraq and Syria.

“When the Iraqi crisis started, we pulled an all-nighter turning the church where we volunteer into a home for the two dozen families who were arriving,” Diana says. “It was great to be doing it with my sister.”

The church where the sisters volunteer, in Madaba, Jordan, is one of 14 Iraqi refugee shelters supported by CRS. In the past year, these churches have become home to thousands fleeing ISIS.

“It makes me feel like I am doing something with my life,” Dana says. Her sister nods in unison. “You feel like you are making a difference.”

For Iraqi refugee Dunia Afram Ishak, who lives at a CRS-supported shelter with her three daughters, Diana and Dana have become lifelines.

“When we first arrived here, we didn’t know anybody,” Dunia says. “But when we met them, we immediately felt like a family.”

Dunia, from Mosul, says the twins remind her of her dearly missed sisters, who have sought refuge in other countries.

“They are adorable girls. When I see them, I am at peace,” Dunia says. “I thank God we have them among us.” 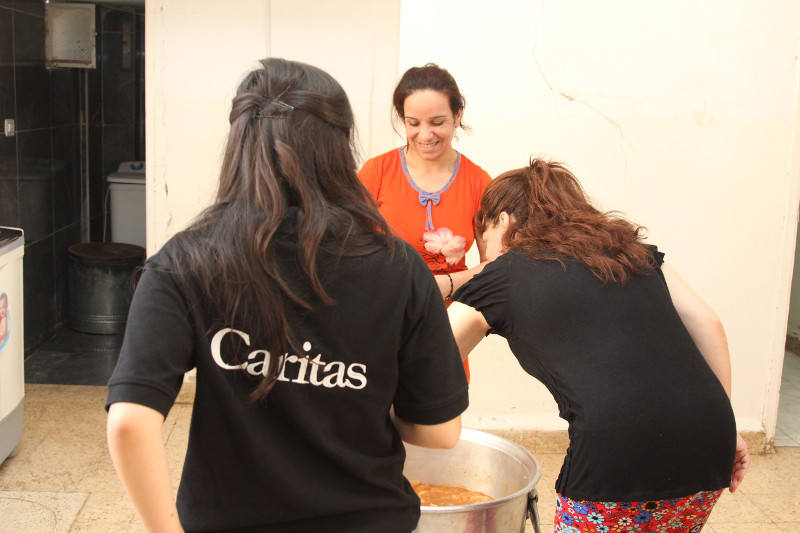 Diana helps prepare lunch for Iraqi refugees at a CRS-supported Caritas shelter in Madaba, Jordan. Photo by Nikki Gamer/CRS
The importance of volunteers like Diana and Dana has grown in recent years—along with the country’s refugee population. Bordering Syria and Iraq, Jordan is now home to as many as 1.5 million refugees, straining government resources.

“This network of trained volunteers was pivotal in allowing Caritas Jordan to surge in its response when the Syrian crisis began,” explains CRS Program Manager Michelle Ryan. “Volunteers continue to be instrumental with the more recent arrival of Iraqi refugees.”

In fact, some volunteers are also refugees, turning their experiences into motivation to help others like them.

“Syrian refugee volunteers play a critical role in building trust and acting as liaisons to the refugee communities,” Ryan says.

Watching the twins interact with refugee families is like watching good friends work together. During a recent hour-long stretch, Diana and Dana did everything from tying kids’ shoes to helping in the kitchen to visiting with a group of women.

“Maybe we can’t give them money. But we can give them support,” Diana says.

With thick, black shoulder-length hair and warm smiles, the sisters are mirror images. Although Diana can be more reserved, Dana has a forceful presence. They use their strengths to better the lives of those they help. And to do that, they rely on each other.

“If there are problems I can’t deal with, she can,” Diana explains, pointing to her sister.

Dana agrees. “We depend on each other. We feel each other’s emotions and pain.” 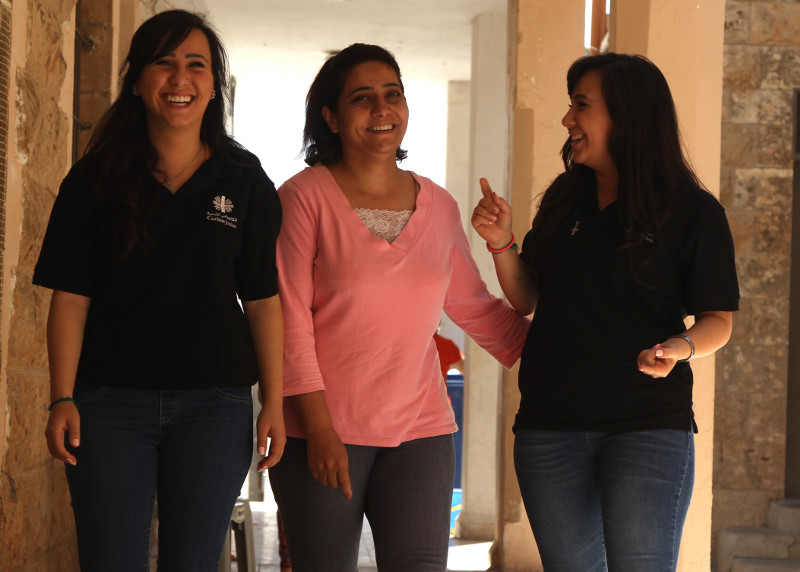 The twins have befriended many of the Iraqi refugees they've met at the shelter, including Dunia Afram Ishak, center. "When I first met them, we immediately felt like a family,” she says.
As the Syrian and Iraqi conflicts drag on, some Jordanians have become less receptive to the refugee population. The hope is that the growing cadre of volunteers will foster a mutual sense of peace, security and solidarity.

Dana and Diana have experienced this firsthand.

“The refugees, they often just want someone to listen to them,” Diana explains. “Sometimes you can’t deal with the problems they have. It’s hard. You just want to cry with them. You can’t do anything else.”

Then she adds, pausing, “But you can see the strength that they have to live—and that gives me strength.”

August recess is a key moment to meet with your members of Congress while they are out of session... END_OF_DOCUMENT_TOKEN_TO_BE_REPLACED

Watch videos on the issues of hunger and climate change here. END_OF_DOCUMENT_TOKEN_TO_BE_REPLACED