Building Resilience From the Ground Up

To say that it’s hot in San Antonio is an understatement. Surrounded by mountains but situated about 300 feet above sea level, the tiny town in western Honduras can feel like an oven. There are days when residents, mostly basic grain farmers and their families, sleep along the banks of the river just to get away from the heat in their homes.

Rising temperatures, erratic rainfall patterns and recurrent drought have pounded the Dry Corridor, a strip of territory that runs through Guatemala, El Salvador, Honduras and Nicaragua, in recent years, depleting harvests and leaving millions hungry. Severe drought in 2018 caused more than 65,000 farm families in Honduras to lose 80% of their crops. The next year, 170,000 farmers saw their crops fall by more than half.

Eulalio Amaya Orellana, a 43-year-old father of five children, is one of those farmers who has struggled to provide food for his family in the face of climate change.

“The summers are very strong,” he said. “I planted but I could not harvest due to a lack of water. The temperatures dried out our plants.” 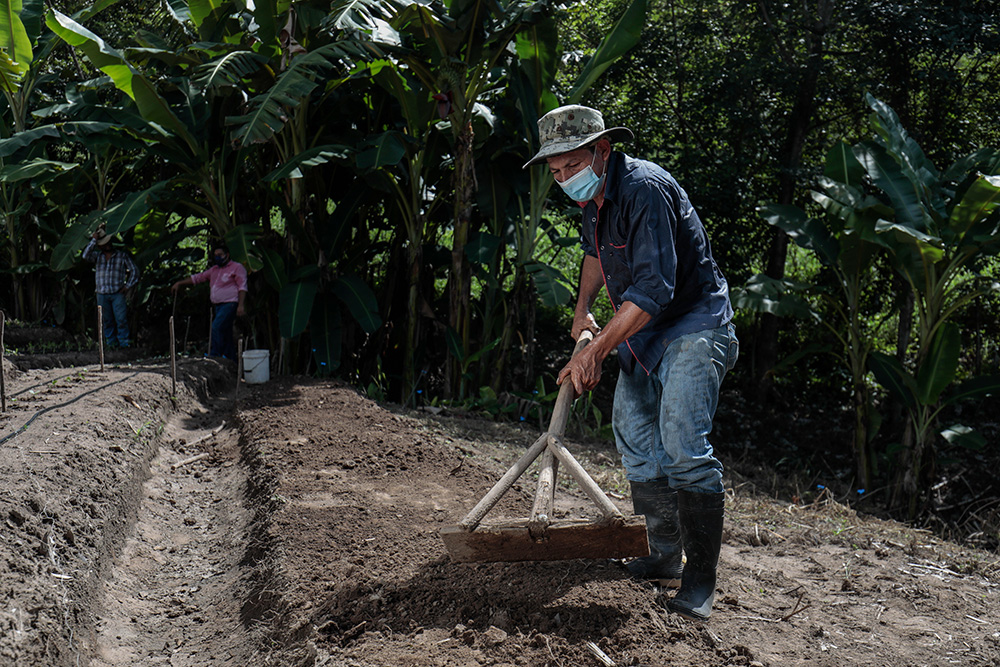 Helping farmers get the most of the limited rain that does fall is a central focus of RAICES-DRR. Funded by USAID’s Bureau for Humanitarian Assistance and implemented by Catholic Relief Services and local partners, ASOMAINCUPACO, COCEPRADII, and COCEPRADIL, the project strengthens the resilience of 4,490 drought-affected households in Honduras, helping them to reduce and manage the risks related to drought and rainfall variability.

For farmers like Eulalio, that resilience starts with protecting his vital resources: soil and water.

With the help of RAICES-DRR, Eulalio built a water reservoir and drip irrigation system. Now, he collects rainwater during the wet, winter months in the reservoir and delivers that water directly to the roots of his plants during the hot, dry summer months.

That has allowed him to start growing vegetables that require more water to grow but fetch a better price, such as cucumber, celery, parsley and watermelon. 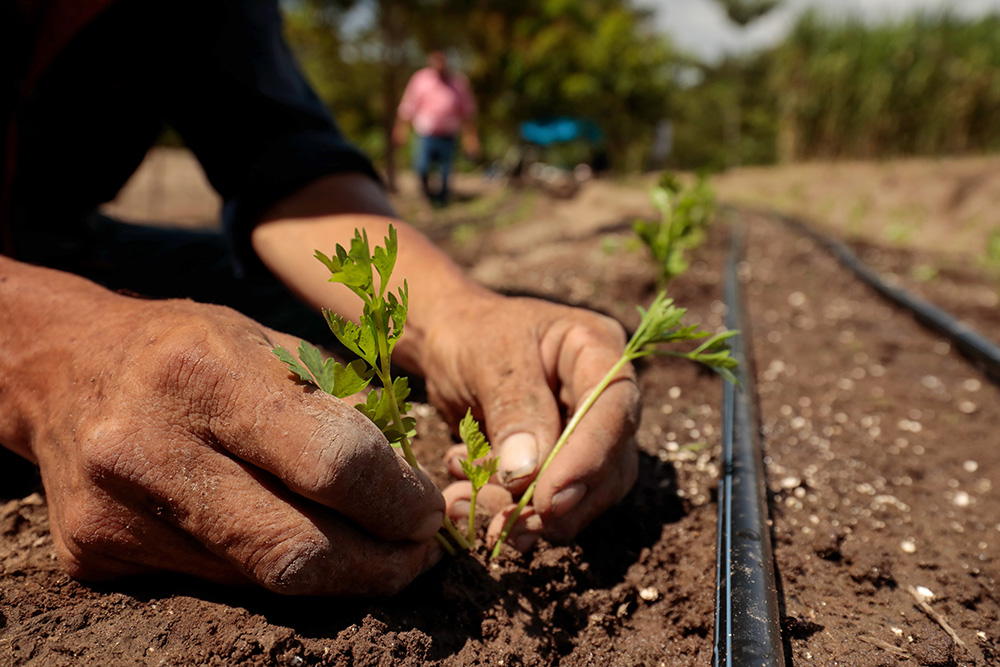 Eulalio shows parsley he planted on land with the drip irrigation system that he built.

The project connected Eulalio to Asociación de Municipios Fronterizos de Intibuca, a local government association that buys food for school meals from local vendors, and now Eulalio has a secure market for his produce.

“We are working with vegetables of very high value—linking the producers, scheduling and programming planting. This is important because we leave the producer already inserted in the market. The project leaves, the technician leaves, but the producer will remain supplying a safe market.”

Markets are important but the secret to long-term resilience for farmers like Eulalio is healthy soil. Farmers in the project learn how to apply a set of simple farming techniques that help them restore soil and protect water sources, while boosting their yields.

“I leave the grass that I cut there, covering the soil,” he said. “The sun is no longer going to affect me because it is not going to hit the roots directly. With all the humidity in the soil remaining, the benefit is seen when the rain suddenly interrupts,” he said.

Use this calendar for key dates to reflect and take action with your community to address climate... END_OF_DOCUMENT_TOKEN_TO_BE_REPLACED