Building Homes and Livelihoods in Darfur

It’s the bricks you notice first, thousands upon thousands of bricks. They form huge hollowed-out caverns, with just one small ground-level opening to stoke fires that bake the bricks dry.

These bricks, it turns out, might be the building blocks of a better future for this troubled region.

“People are buying bricks in the thousands,” says the senior project officer for the British-funded Taadoud project, in el Geneina, the regional capital of West Darfur. “People are coming back, and they all want to build new homes.” 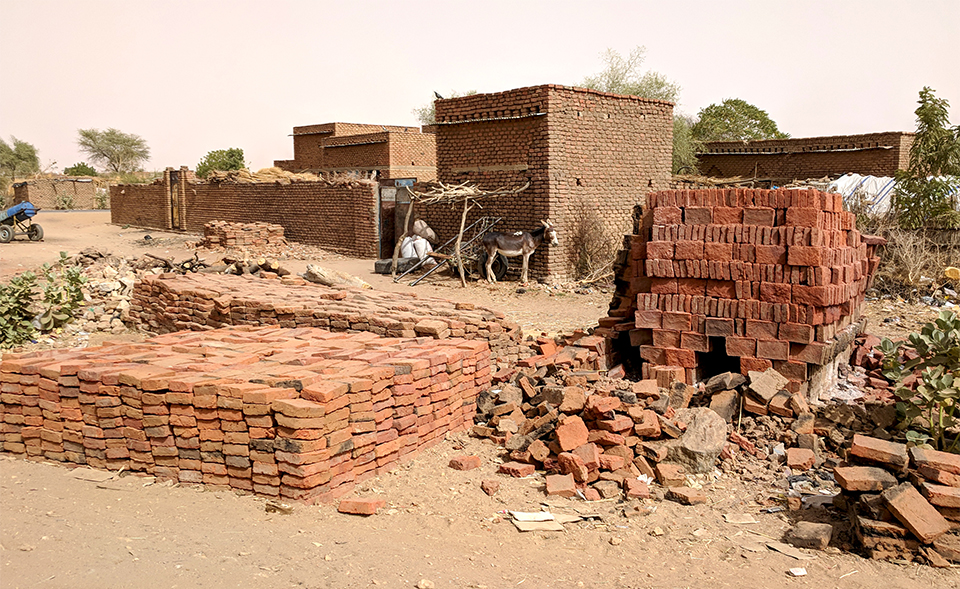 In West Darfur, bricks are displayed for sale while more bricks dry in a large kiln just off the roadside.

Taadoud, which means “working together in solidarity towards one purpose” in Arabic, is funded by the U.K. Department for International Development (DFID), and is a 4-year, $30 million project that encompasses emergency assistance, agriculture, health, nutrition and natural resources management to rebuild better. Catholic Relief Services is the lead agency, managing its own project area, as well as overseeing implementation across all five Darfur states by multiple international development agencies.

One of the main goals of Taadoud is getting displaced persons to return to their homes. It’s working.

“We now have waves of returnees,” says the project director for Taadoud, based in the capital Khartoum. He says they come back because, with Taadoud coordinating the provision of basic services and security, displaced persons can return to their old livelihoods or find new ways to make a living.

He says managing natural resources in a way that gives fair access to everyone is key.

“That averts the competition we’ve had in the past over the use of those resources,” he continues. “That’s as vital as anything else we do.”

People are moving back to their former homes from Chad and the Central African Republic, from camps for the displaced in Darfur and from other parts of Sudan. Currently, their homes are made from sticks, branches and grass—whatever people with almost no possessions can use to build a shelter. These are the people buying the bricks and using them to build something more substantial. Their presence all over the Darfur landscape is a sign of confidence and, eventually, permanence.

Coaxing vegetables from the sand

The money for the bricks comes from increased agricultural production, which Taadoud is jump-starting in all five Darfur states. 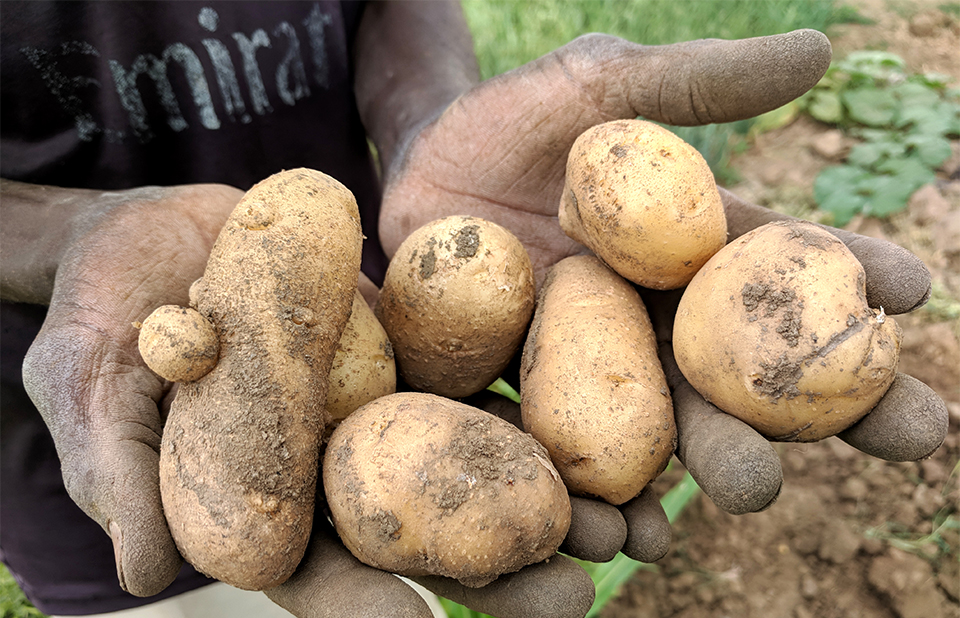 A farmer holds evidence of an abundant harvest, thanks to a CRS-led project that helps displaced people return and rebuild their livelihoods.

In the village of Rogatas, Taadoud has created farming groups composed of a near equal balance of men and women, and they’ve all learned the ins and outs of raising vegetables. Funding from the project provided the first round of seeds and fertilizer as a start-up measure, but now the farmers are self-sufficient—profiting and using those profits to irrigate more land by buying more diesel water pumps to access water underground.

The parched landscape with its wide, dried-out riverbeds—wadis in Arabic—is deceiving. When it rains, the rivers are bloated, but the water disappears almost as quickly as it rains. By digging just below the sands of the wadis, sometimes only 6 feet or so, farmers find water they can tap. Taadoud provided the first pumps, and now the farmers are businessmen and businesswomen, and their businesses are growing.

“We used to water the vegetables by hand,” explains Hawa Zakaria, as she redirects water from one irrigation canal to another, opening and closing soil barriers with a hoe. The irrigation canals are much better than carrying water back and forth and save Hawa time and effort.

“With the money I’m making from vegetable gardening, I’m going to buy bricks to build our home,” says Mohammed Abakar, president of a farming group. He already has a clear idea of just how much that will take—each set of 1,000 bricks costs about $33, and one room requires 12,000 bricks, he says. He is aiming for multiple rooms.

The farmers tally their earnings—a bit over $2,100 the first year—growing onions and tomatoes, with more still coming in. In the past, the farmers report, they’d be lucky to earn more than $1,000 per year as they depended entirely on the rainy season for their harvest of sorghum, millet and peanuts. That and odd jobs couldn’t sustain villagers for the whole year. 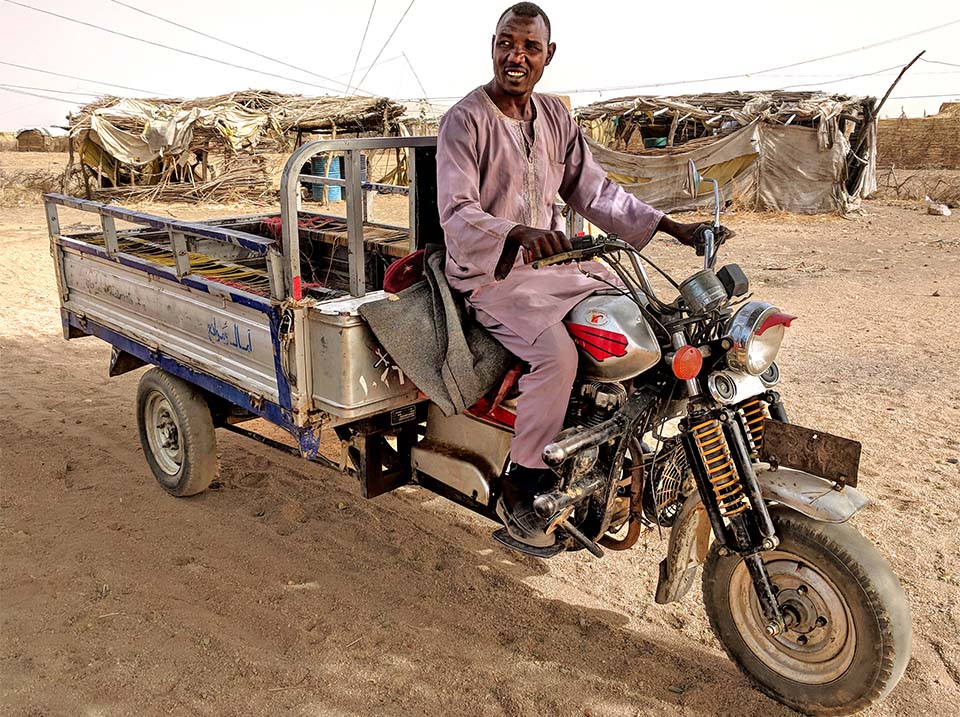 Thanks to the Taadoud program, farmers in Darfur receive the tools they need to reap larger harvests and restore profitable livelihoods.

Now, besides the onions and tomatoes, these farmers’ fields are full of okra, which matures in one month, as well as cucumbers, potatoes, hibiscus and some maize, all with their own earning potential.

“We used to depend on food aid from the World Food Program,” Mohammed says, noting food was often hard to come by in September and October, as people waited for harvests to mature at the peak of the ‘lean season.’ “But now we’ve been removed from the list of beneficiaries,” he says. It’s a status they are happy to reach.

In late 2017, DFID approved a second phase of the project, Taadoud II, which will run until 2022. The Taadoud II project offers another $31 million to build upon the foundations built in Taadoud I, given the successes and the promise of people returning to Darfur—and a Darfur at peace in part because of greater prosperity. 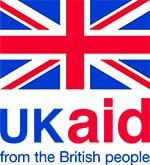 The Taadoud project is funded by the U.K. Department for International Development (DFID), and encompasses emergency assistance, agriculture, health, nutrition and natural resources management. Catholic Relief Services is the lead agency, managing its own project area, as well as overseeing implementation by multiple international development agencies. The views expressed in the above story do not necessarily reflect the UK government’s official policies.