Believing in Human Beings: Building Trust and Reconciliation in Iraq

“To see a bishop coming back to Mosul, that’s very symbolic that there is hope."

What does hope mean to a person who was expelled from their home by ISIS? How is trust gained among people living in a fractured community? What does interfaith reconciliation look like in Iraq in 2019? 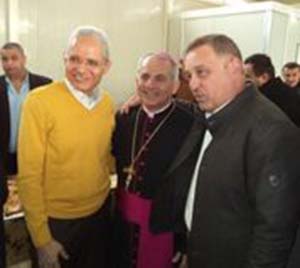 These questions are currently being asked in the Nineveh Plains of Iraq. One of the forces hoping to make sure the right answers exist for everyone—no matter their religion, gender or age—is Archbishop Najib Mikhael Moussa.

In January, Moussa became the new archbishop of Mosul—he is the first bishop installed in Mosul since Christians were expelled from the city by ISIS in 2014.

Moussa, born in Mosul, helped assist displaced people from the city and the Nineveh Plains during years of occupation by ISIS. Thanks to his training as an archivist, he was able to preserve part of Mosul’s Christian and non-Christian cultural heritage that extremists wanted to destroy.

During his inauguration, Moussa issued a message of “coexistence, love and peace.” For many, his appointment is seen as a blessing of hope.

“A restoration of a bishop in Mosul, this is so symbolic for Iraq and the Christian community in Ninawa,” says Hani El-Mahdi, Catholic Relief Services country representative in Iraq. “Restoring trust among those communities will be key to help not only Christians, but to help everyone to live again in peace in Iraq.”

A Symbol of Hope

“We have lived the journey with them,” Hani says. “We joined them in the journey of their displacement. We helped with education, shelter, water and food assistance. But now we are joining them again as they are trying to reestablish their livelihoods, come back to their homes.” 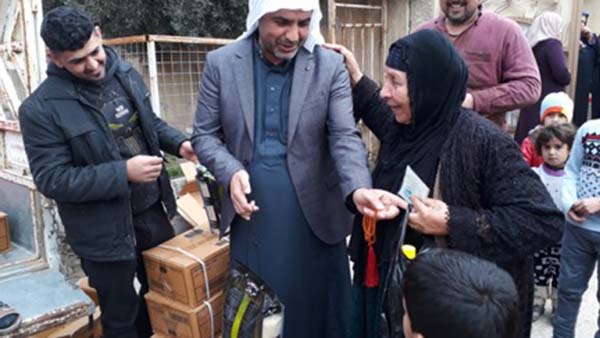 Because of its commitment to the community, CRS was asked to participate in the ceremony for the bishop. A traditional part of the Iraqi Episcopal installation is a symbolic distribution of food to the poor by the new bishop. Given the significance of the event, the current humanitarian crisis and interfaith tensions in the area, the distribution was unusually large. CRS funded, organized and provided 1,000 families of all faiths with food.

Hani recently spoke to Moussa and says he is encouraged by the bishop’s vision of restoring peace and building trust.

“He told us, ‘I believe in human beings. Every Catholic should be a missionary of peace and reconciliation. Christians can’t live alone or isolated,’” Hani says. “To see a bishop coming back to Mosul, that’s very symbolic that there is hope. During the ceremony, people were in tears that there is hope now.”

“What I would love to share with donors is basically a message of hope and commitment and how much their donations can be very timely now for the people of Iraq,” he says. “It’s significant in restoring hope and restoring a vision of peace instead of one of war and hate. We live our mission here in Iraq. This is a testimony of what CRS is about—the kind of commitment we have to the local population.”