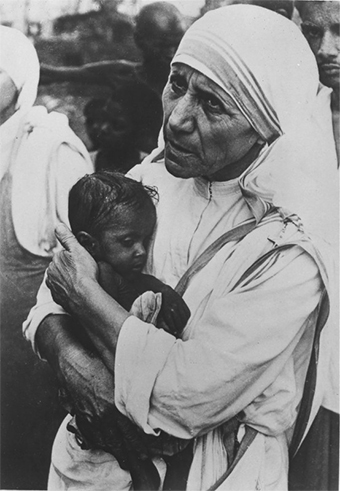 During her lifetime, Mother Teresa was consistently one of the most admired humans walking our Earth. That has continued since her death in 1997.

Here are 5 ways to live a full and fulfilling life like Mother Teresa.

1. Be an advocate for those without a voice.

Mother Teresa’s message was simple: “The poor must know that we love them.” She touched lepers and took care of those with AIDS. She encouraged others to really see the poorest of the poor by going out and meeting them. She cared for those in need with her selfless actions.

You can stand up for our brothers and sisters living in poverty by uniting with other Catholics and shaping policy that can change lives.

2. Be determined, but don’t be afraid to ask for help.

Mother Teresa started Missionaries of Charity in 1950 after winning Vatican recognition of her new order. She had no income and sometimes had to beg for food and supplies. But she was determined to serve those who were abandoned by society. She set such an example that at the time of her death, more than 4,000 of her sisters ran orphanages, AIDS hospices and charity centers worldwide.

Don’t be discouraged when things seem bleak. If you feel called to help others, dedicate yourself to answering with action. Sometimes you can’t do it yourself, so ask others to join you. At Catholic Relief Services, there are many ways you can get involved. Dedicate yourself to a cause important to you and unite with people who share your same energy. 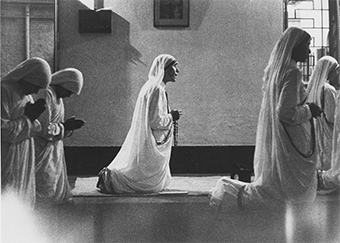 Later in her life, Mother Teresa was constantly on the world stage. She was the recipient of the 1979 Nobel Peace Prize, but she didn’t let fame go to her head. In fact, when she was told she had won, she said, “I feel unworthy.” Mother Teresa lived a simple life, and saw herself as God’s vessel. She worked with the most vulnerable, easing suffering and spreading peace. 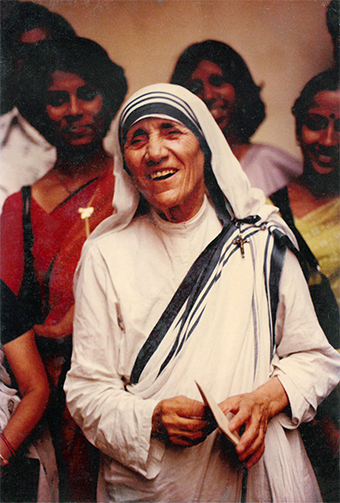 Mother Teresa holds a letter telling her the news that she has won the Nobel Peace Prize. Photo by Pranab Mukerjee/CRS

As Catholics, we are inspired by our saints. We celebrate them for their miracles and for their lives of sacrifice and goodness. At CRS, we are also inspired by the daily, extraordinary events we see happen around the world. With every gift to the needy—whether offered in time, money or prayer—we honor the example of the saints.

Download this e-book filled with images from the communities where your gifts are making a difference. The pictures are paired with quotes from a few of the humble saints who spent their lives working to alleviate the suffering of people in need.

Finally, you don’t need more resources to be more like Mother Teresa. You can do it for free—just smile.

Many of Mother Teresa’s most famous quotes involve our simplest gifts: love, peace or a smile. In fact, in an address to CRS employees in 1977, she had this advice: “Smile at each other, make time for each other, enjoy each other.” Mother Teresa reminds us that by sharing a real smile with others, you share a part of yourself.

MOTHER TERESA RESOURCES FOR YOUR HOMES AND PARISHES

August recess is a key moment to meet with your members of Congress while they are out of session... END_OF_DOCUMENT_TOKEN_TO_BE_REPLACED

Use this calendar for key dates to reflect and take action with your community to address climate... END_OF_DOCUMENT_TOKEN_TO_BE_REPLACED