Foreign aid saves lives. The administration has proposed steep cuts in the past—as much as 31%—to poverty-focused international assistance. This assistance is only 1% of our nation’s budget, yet it does a world of good.

Why do we need foreign aid?

Foreign aid helps fight AIDS and other diseases like Ebola. It is used to respond to disasters in some of the world’s poorest countries. Refugee assistance gives hope to the world’s displaced. Food aid is reaching the vulnerable in South Sudan and other countries affected by a hunger crisis. International assistance feeds, educates and keeps children healthy.

Here are 5 ways foreign aid from the United States does a world of good.

Feeding the Hungry During Crisis

Fact: More than 120,000 Sudanese have received food assistance since the start of the Resilience and Food Security Program in 2011 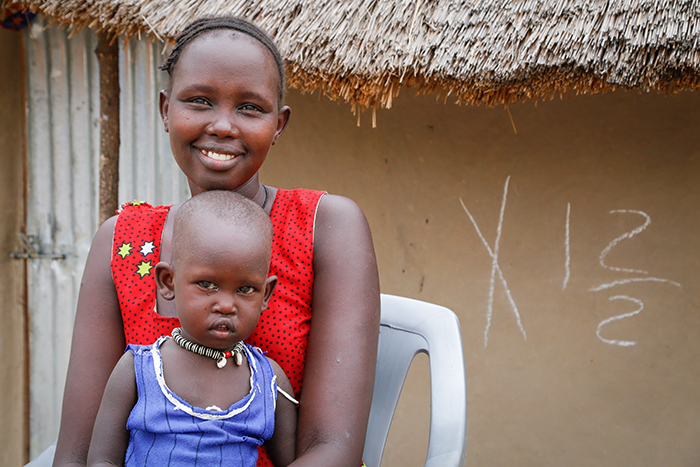 South Sudan has been an independent country for less than 6 years, but ongoing conflict during that time has made food scarce, as farmers are too afraid to work their fields. Famine was declared in parts of South Sudan in February 2017, and severe hunger is spreading across the country. In Jonglei state, families are surviving by gathering wild fruit, such as lily seeds, palm seeds and roots. For most people, this is their one meal per day.

That’s why Catholic Relief Services’ Resilience and Food Security Program is so important. With a nearly $40 million grant from USAID’s Food for Peace program, RFSP will help communities in South Sudan recover faster from food emergencies and build resistance to future crises. Communities learn how to produce food through agriculture and livestock production, and how to anticipate and deal with any potential threats to their food system. This will not only give people the food they need now to survive, but also give tools they need to build a sustainable future.

“They want to be able to raise their children, to feed them, to educate them, to see them stride into the future with dignity and confidence.”—Jerry Farrell, CRS country representative in South Sudan

In Central America, more than 1 million young people ages 15 to 25 years are out of school and unemployed, many of them lacking the basic skills to enter the labor market. Meanwhile, Honduras and El Salvador are among the top 5 countries with the highest murder rates in the world. The escalating violence is stifling investment and economic growth, further limiting opportunities for jobs.

We believe that young people in even the poorest and most conflict-ridden neighborhoods have the power to change their lives and communities. The YouthBuild program helps unemployed and out-of-school youth 16 to 24 go back to school, get a job or start their own business. CRS is providing training for 20,000 youth in Central America, including life skills, vocational training, entrepreneurship, savings groups and community service in the positive environments young people need to flourish.

Grants from the Department of Labor’s Bureau for International Labor Affairs help thousands of at-risk youth in Honduras and El Salvador develop marketable skills and secure employment, making them much less likely to fall victim to gang violence and exploitative child labor.

“In countries with some of the worst gang violence in the world, economic opportunity for young people is a life line,” says Rick Jones, senior technical advisor for Latin America and the Caribbean at Catholic Relief Services. “The United States has led efforts to protect vulnerable children and their families in Honduras and El Salvador for nearly 2 decades. They need our help accessing the opportunities that exist in their communities so that they are not forced to migrate elsewhere to find them.”

“There are youth enrolled in the YouthBuild program actively striving for a brighter future. Pull the plug now and that brightness goes dark real fast.”—Rick Jones

Fact: About 77,000 meals are served to Mali students daily 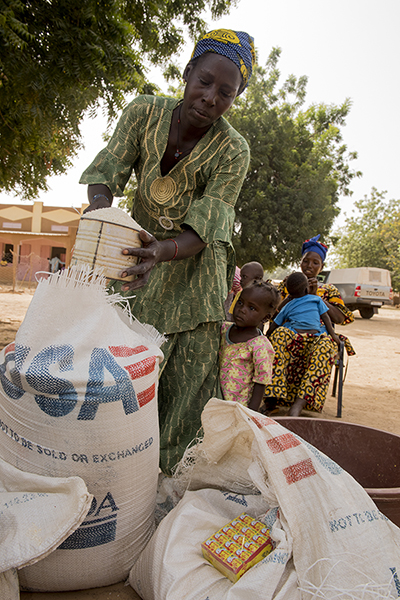 Most teachers will tell you it’s hard for children to learn if they’re hungry.

With continued support from the U.S. Department of Agriculture, CRS is making sure tens of thousands of children in Mali receive a meal at school every day. As a partner with USDA's Food for Education program launched in the Mopti and Koulikoro regions of Mali, CRS provides children lunch as well as food and de-worming medication to take home. This encourages school enrollment and increases attendance.

“It was wonderful to see so many girls in the school I visited in Takoutala,” says CRS president and CEO Sean Callahan. “It is proven that an education for a girl not only increases the possibility for a better livelihood, but also has an impact on their families.”

School feeding programs like FFE not only encourage children to enroll in school and attend regularly, they also provide essential nutrients, improving children’s ability to learn.

“We aim for the school kitchens to become self-sustained by 2020, and we look forward to working with our partners in the coming years,” says Niek de Goeij, CRS country representative in Mali. “We are confident that, with government and community ownership, children will continue to go to school, be well nourished and flourish.”

More than 40,000 students attending primary schools in targeted communities receive a nutritious hot lunch and literacy instruction as well as access to safe water and sanitation.

“This project is not only about school lunches. It’s about improving educational outcomes in some of the poorest communities in Laos,” says Bernie F. Chaves, CRS country representative in Laos. “Access to a nutritious lunch will help increase enrollment and school attendance.”

Our investment in education also includes extensive training of teachers to improve the quality of education that children receive.

Adapting to Drought and Climate Change

Fact: More than 475,000 people have received support to increase their resilience 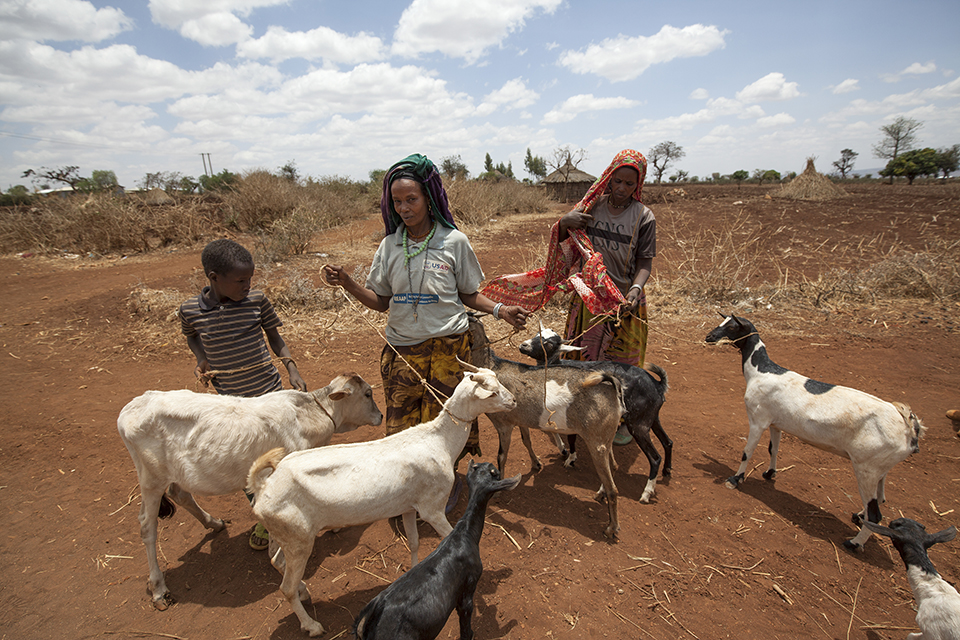 Ethiopia is suffering its worst drought in 50 years. Coping with the effects of drought and climate change have become daily challenges for millions of Ethiopians. Prolonged drought, erratic rainfall and land degradation are posing challenges that have pushed people to the edge.

REAAP is a 3-year project led by CRS and funded by the U.S. Agency for International Development. It helps nearly half a million people adapt new practices and technologies to mitigate the devastating impact of drought and better withstand climate change in 6 vulnerable districts.

REAAP aims to create stronger families by helping them become more economically secure, buy food, pay for education and better withstand the effects of climate change, drought and food shortages. Communities learn to identify and address their risks and challenges—from land and soil degradation or financial instability, to poor nutrition and a lack of water. They select activities, create a plan and work together to implement manageable, sustainable and low-tech solutions. Learn more about REAAP.

Protect U.S. foreign assistance. Now is the time to #SavetheAid. Learn more about foreign aid and follow us on social media.

Raise Your Voice! Send an Email to Congress

Pray and reflect with your community on our call to respond to the needs of our sisters and... END_OF_DOCUMENT_TOKEN_TO_BE_REPLACED

Reflect on the impact climate change has had on our planet and pray for the Holy Spirit to change... END_OF_DOCUMENT_TOKEN_TO_BE_REPLACED

August recess is a key moment to meet with your members of Congress while they are out of session... END_OF_DOCUMENT_TOKEN_TO_BE_REPLACED