10 Things in Your Home Linked to Climate Change

Decision-making is hard. Every day we are faced with thousands of decisions: what to eat, where to go, how to get there, what to say, and most recently, who to vote for in the upcoming election. This endless list of questions can be overwhelming.

The issue of climate change can often feel far and distant when we talk about how it affects the world’s poorest the most. You may ask, “What can I do sitting here in the U.S.?,” “Does this really affect me?” and "Can I really cause global warming?" The sheer magnitude of the topic can make us feel helpless and unable to make a change.

So, we’re going to break it down and bring the topic of climate change back home for you…literally.

Here are 10 things in your home that have a climate change connection - they cause climate change or are impacted by it - and ways you can make a difference. 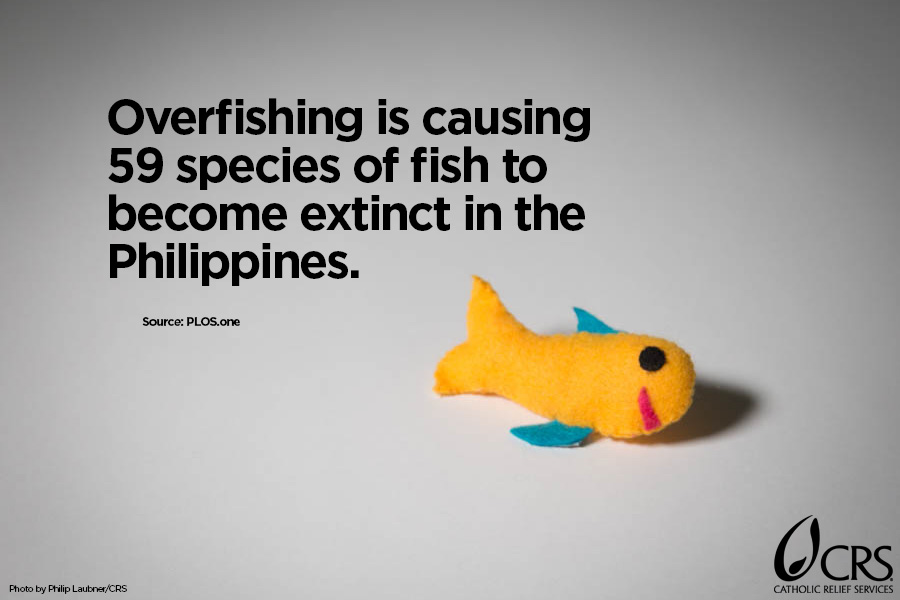 For many people in developing countries, fishing is a way to earn a living and to feed their families. With the growing and high demand for fish, overfishing is becoming a problem and causing many fish to disappear from the places that need it most. In some cases, overfishing is even making fish disappear altogether. Research shows up to 59 species of fish are becoming extinct in the Philippines. Source: PLOS.one

Learn how to stop overfishing by visiting the Environmental Defense Fund. 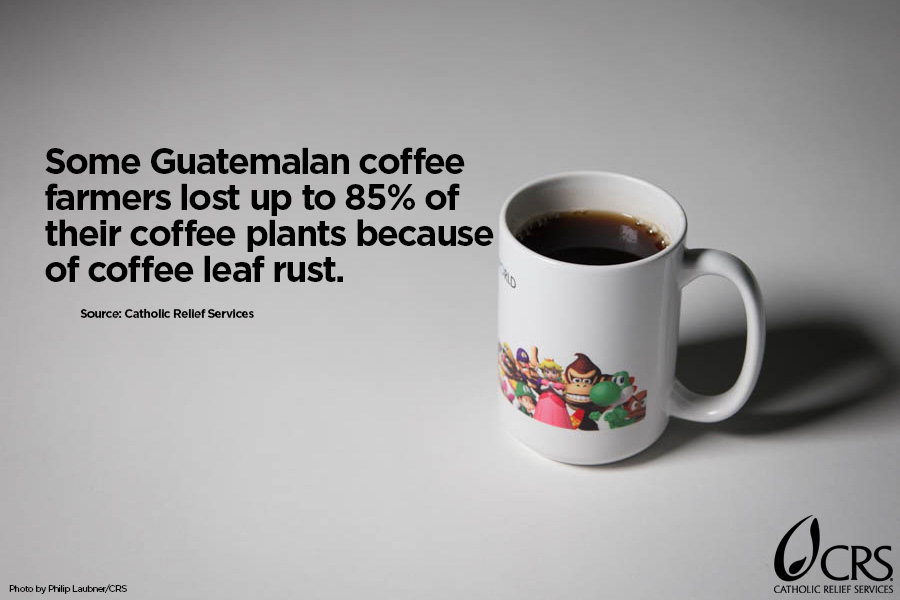 Coffee leaf rust is affecting the livelihoods of farmers and their families in Central and South America. Coffee leaf rust is a fungus that destroys the coffee leaf plant. Once the rust starts, the plant cannot be saved. In 2012, some farmers in Guatemala lost up to 85% of their coffee plants because of coffee leaf rust. The fungus thrives in warmer temperatures, and as the temperature keeps rising, coffee farmers have to look to new ways to produce their coffee or get out of the coffee business entirely. Source: Catholic Relief Services

Learn more about the challenges coffee farmers face in Central and South America. 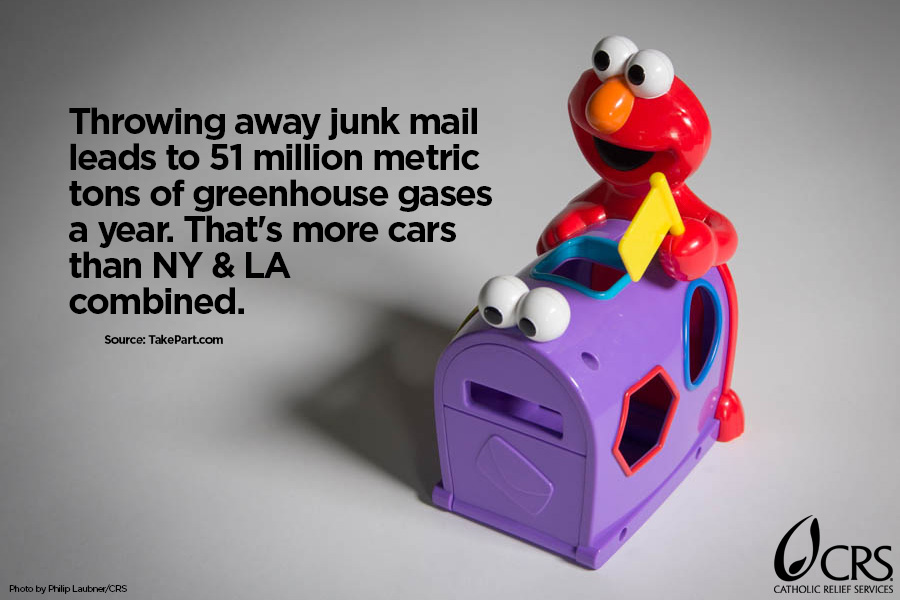 We all know what it’s like to receive junk mail and how quick we are to just throw it away. But did you know that 100 million trees were destroyed to produce 100 billion pieces of junk mail annually? About 848 pieces of junk mail get delivered to every household. When they get trashed, 51 million metric tons of greenhouse gases are created. That’s more air pollution than every car registered in New York City and Los Angeles combined. Source: TakePart.com

Learn more on how you can stop junk mail from being delivered to your home by visiting Eco-cycle. 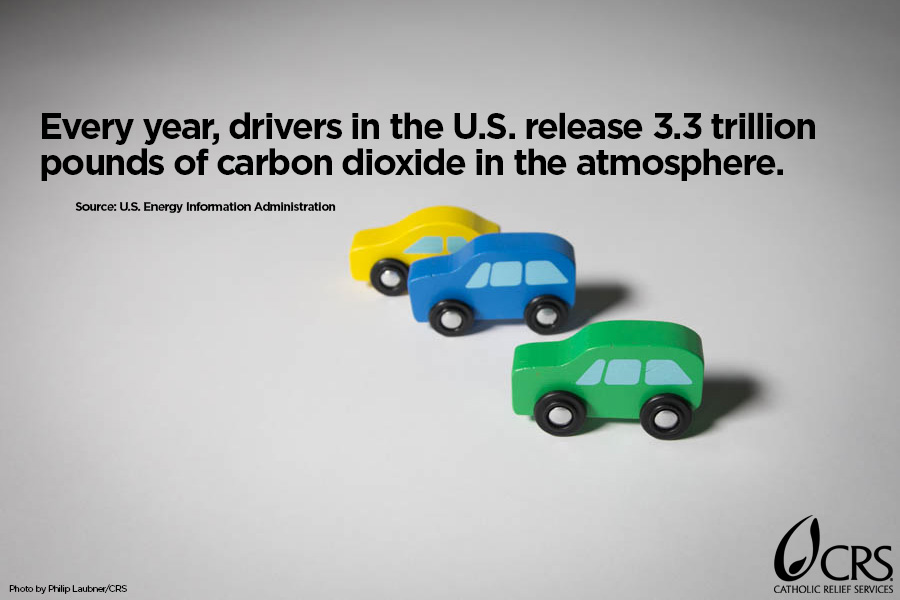 Road trip anyone? Driving around in your car is a major cause of global warming. Your car releases around 24 pounds of carbon dioxide for every gallon your car ride uses. In 2015, drivers in the United States burned 140.42 billion gallons of gasoline in a year. That is the equivalent to 3.3 trillion pounds of carbon dioxide being released into the atmosphere. Source: U.S. Energy Information Administration

Learn more on other alternatives to driving a car through TreeHugger. 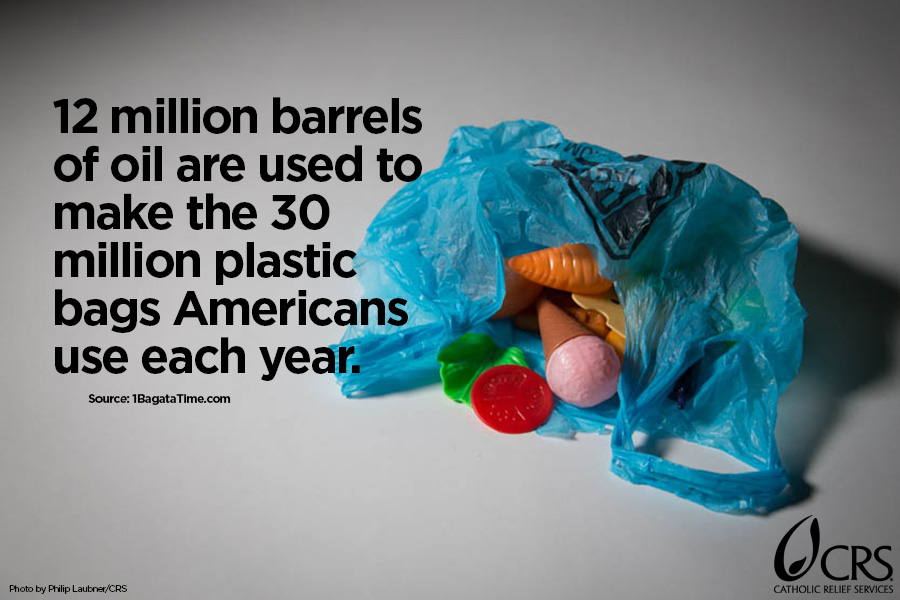 It’s estimated that 12 million barrels of oil are used to manufacture the 30 million plastic bags Americans use each year. That leads to carbon dioxide build-up in our atmosphere. But it doesn’t stop there. Plastic bags often end up in our landfills or in our oceans causing an ecosystem disruption. It’s estimated that 100,000 marine animals die each year from suffocating or ingesting bags. Source: 1bagatatime.com 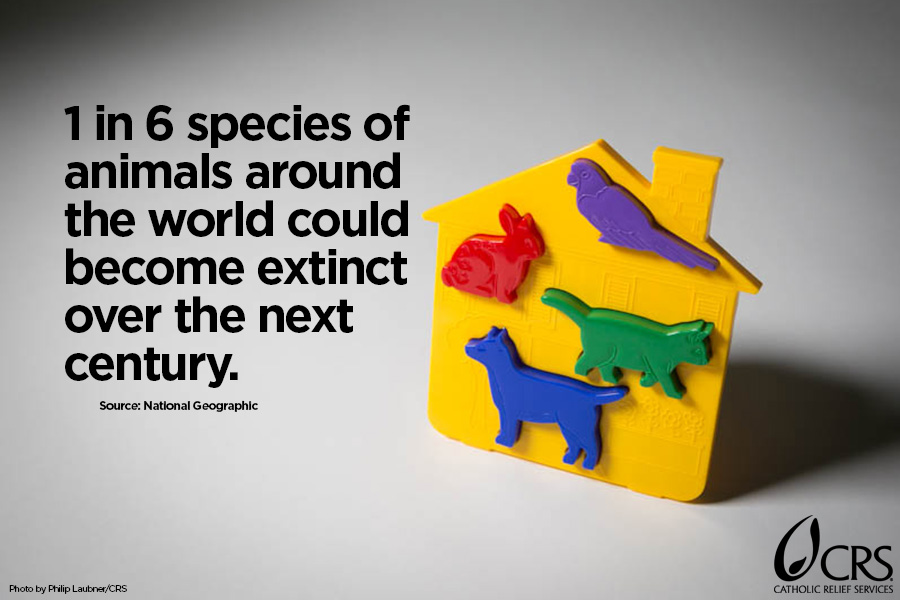 You love Fido, we love Fido, everyone loves Fido. But with rising temperatures, extreme drought, and erratic weather patterns, 1 in 6 species of animals around the world from land to sea could become extinct over the next century because of climate change. Source: National Geographic

Learn more on ways to have a "green" pet at Care2. 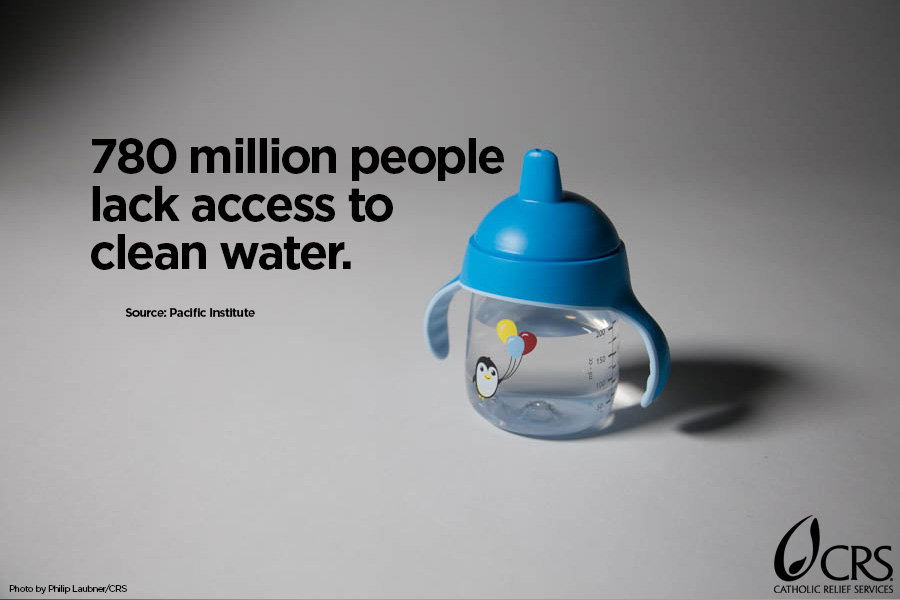 Every year, the average U.S. household uses over 100,000 gallons of water. In many developing countries, there are days or even months families go without access to water because of extreme drought. Some 780 million people around the world lack access to clean water. That’s more than twice the population of people living in the United States. Source. Pacific Institute

Learn 25 ways you can save water in your home and yard from Earth Easy. 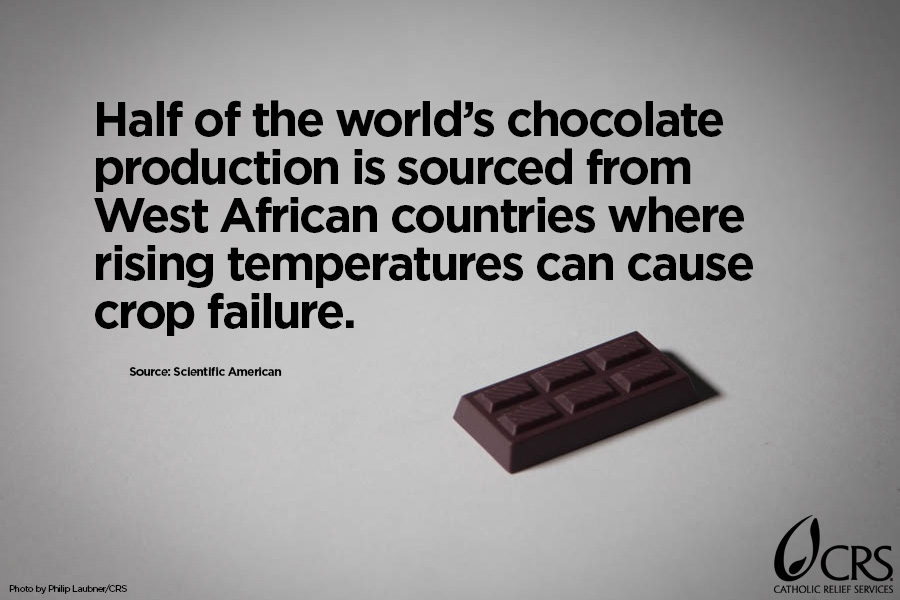 An increase in temperatures could melt your appetite for chocolate. More than half of the world’s chocolate production is sourced in West African countries like Ghana, where they are facing extreme drought, erratic weather and flooding. As the temperature rises and creates more potential for crop failures, farmers could face a halt in their cocoa production and a lack of chocolate on our shelves. Source: Scientific American

Learn how you can have your chocolate and make lives better at the same time. Purchase ethically-sourced chocolate that supports farmers. 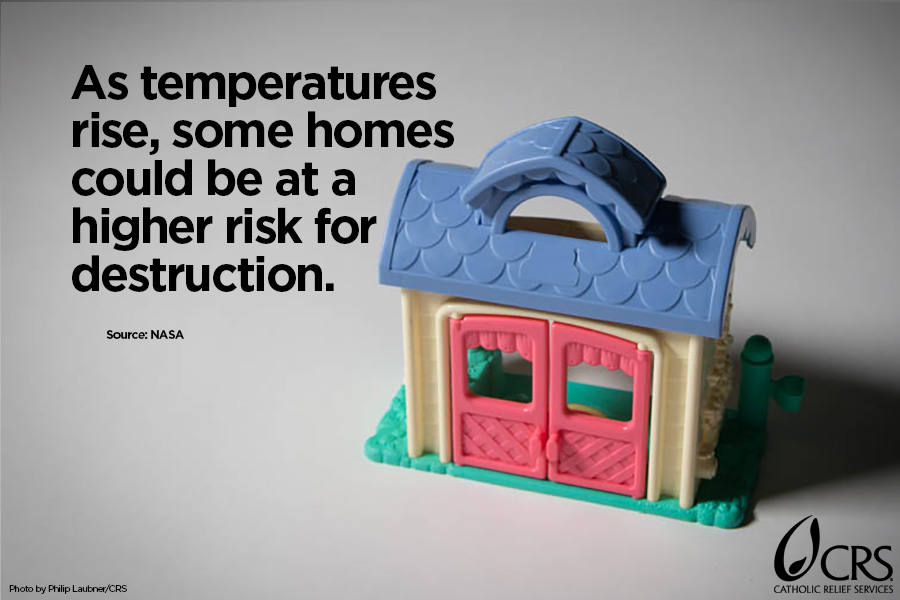 If you increase the temperature of your house, your home will be warm and cozy. But a boosted temperature over most land surfaces can lead to drought. Rising temperatures could also mean a rise in sea levels with increased intensity of storms including cyclones and hurricanes, higher wind speeds, and wetter monsoon seasons. With the potential for more natural disasters, more households on coastlines could be at risk for destruction. Source: NASA

Learn more on what rising sea levels could mean for homes on the coast through pictures at TakePart.com. 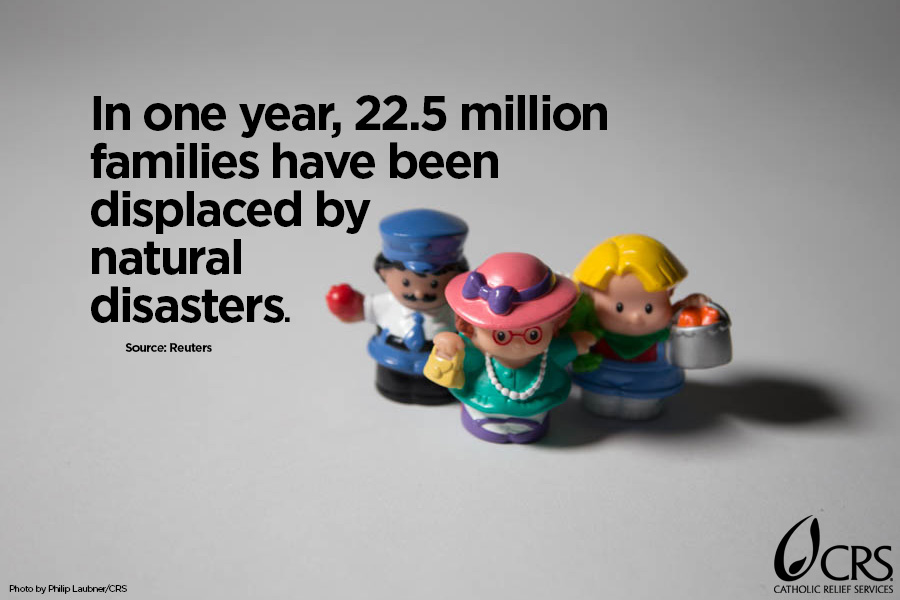 Right now, conflict is displacing 65 million people around the world. But did you know that violence isn’t the only thing that’s driving people away from their homes? The average number of people displaced by natural disasters, including floods, storms and droughts, has averaged 22.5 million a year since 2008 and is growing. Source: Reuters

Learn more about the people who are forced to migrate at CRS’ Education Center.

Learn More About The Impact of Climate Change >

Use this calendar for key dates to reflect and take action with your community to address climate... END_OF_DOCUMENT_TOKEN_TO_BE_REPLACED