St. Patrick, known in his time as Patricius, was a Roman Briton, credited (as we know) with the evangelization of Ireland. Under his gentle teaching, Ireland became the first nation fully evangelized outside of the Roman sphere. The Irish weren’t led to convert under military threat or political expediency. The Gospel simply came alive in him. And though he was not an Irishman by birth, the Irish Diaspora the world over celebrates their kinship to him.

But they are not the only ones who share a spiritual bond with St. Patrick. St. Patrick, like so many of our exploited brothers and sisters worldwide, was a victim of what we now call human trafficking. And he was one of the first great Christian voices against human trafficking’s brutal cousin, slavery, as he became a slave.

When St. Patrick was about sixteen, he was captured by raiders and brought to what is now considered to be Antrim, where he was sold as chattel to a chieftain and put into forced service as a shepherd. In his voice, we hear that of trafficking victims of all faiths, clinging in spirit to the severed connections of family and culture to sustain them in their duress.

I, in my smallness, am now to be found among foreigners.

Knowing "St. Patrick’s Breastplate" comes from the voice of a slave helps us truly see what its author was truly asking for as he prayed. 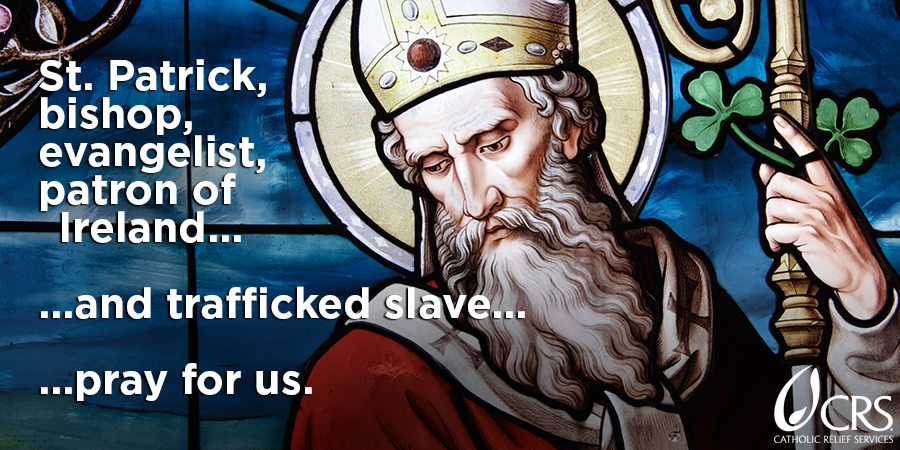 Encounter our migrant and refugee sisters and brothers through Scripture, photos and video in this... END_OF_DOCUMENT_TOKEN_TO_BE_REPLACED

Each year, Congress negotiates how to spend U.S. taxpayer dollars through a process called... END_OF_DOCUMENT_TOKEN_TO_BE_REPLACED

The Global Child Thrive Act passed into law in January 2021. This law directs the administration... END_OF_DOCUMENT_TOKEN_TO_BE_REPLACED