CRS’ Development Food Security Activity, or DFSA, is helping improve the food security of 240,525 Productive Safety Net Programme clients in nine woredas (districts) in the Ethiopia’s Oromia region and Dire Dawa. The Activity is a 5‑year (2016‑2021), $106 million integrated food security program funded by the United States Agency for International Development’s Office of Food for Peace, and managed by a consortium of nongovernmental organizations led by CRS Ethiopia. It includes a $9.7 million contribution by CRS. The Productive Safety Net Programme, or PSNP, is Ethiopia’s rural safety net for food‑insecure households.

The DFSA takes a strategic approach to addressing the various causes of community and household shocks and food insecurity in an integrated manner. The Activity uses a phased approach to create demand, improve resources, strengthen capacity levels of and linkages between interdependent community service providers, and transition necessary program elements over to a more fully capable network of local government, program participants and local partners.

Purpose 3: Pregnant and lactating women, and children under 5, have improved nutritional status.

Cross‑Cutting Purpose (SPX): Women and youth have increased access to and control of community and household resources.

CRS began working in Ethiopia in 1958 at the invitation of the Episcopal Conference of Ethiopia. Since that time, CRS’ programs and missions have adapted and grown in response to and in tandem with the changing reality of the lives of the poorest of the poor. CRS’ initial programming was focused on small scale charity and relief projects. However, during the years 1984-1986, a wide-spread drought and famine in Ethiopia resulted in one of the largest humanitarian crises of the past century. CRS responded to this crisis by implementing an emergency response operation known as the Joint Relief Partnership (JRP). This was an ecumenical collaborative effort that included CRS, the Ethiopian Catholic Church, the Ethiopian Evangelical Church Mekane Yesus, and the Lutheran World Federation. In 1987 the Ethiopian Orthodox Church also joined the JRP consortium. The JRP delivered life-saving food (primarily from the US Government and European Community) that saved the lives of millions of Ethiopians. This program was the largest relief operation ever undertaken by CRS.

Starting in the 1990s until now, CRS diversified its programming to include a more holistic, community and partner based approach focusing on root causes of poverty. As a result, CRS developed strong partnerships with the local Catholic Church in order to address chronic food insecurity. Meanwhile, CRS maintains its emergency response capacity and leads the Joint Emergency Operation coordinating several international and national NGOs, coordinating closely with the Government of Ethiopia and the donor, the US Government via USAID’s Food for Peace Office. CRS is implementing two priority USAID Activities - the USAID Feed the Future (FtF) funded Ethiopia Livelihoods Resilience of Oromia (LRO) and USAID’s Office of Food for Peace (FFP) funded Development Food Security Activity (DFSA), also known as the Ethiopian Livelihoods & Resilience Program (ELRP). Both programs are implemented in Oromia regional state with CRS’ DFSA also working in Dire Dawa Administrative Council. 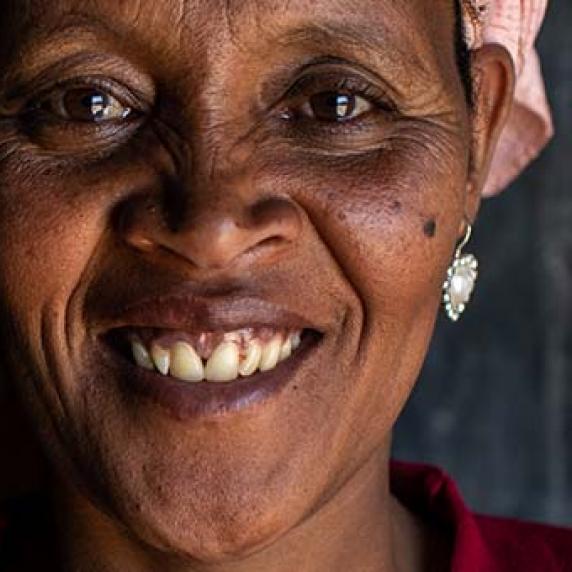