As Senior Writer, Michael is responsible for much of the editorial production of the Communications Unit: press releases, op-eds, speeches, etc. He also is a supervisor in the department overseeing the work of three communications staff in Asia, Africa and the United States.

Before joining CRS is 2008, Michael had a 35-year career at the Baltimore Evening Sun and Sun, with assignments that ranged from county government reporter to television critic. He was based in Johannesburg as The Sun’s Africa bureau chief when Nelson Mandela was elected president in 1994. A native of Atlanta, Michael is a graduate of the Johns Hopkins University. 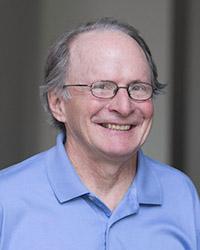