Her previous work at CRS includes handling emergency communications and coverage from a dozen African countries as well as the Middle East, including the plight of Iraqis displaced by ISIS, the effects of climate change in Ethiopia, Syrian refugees in the Middle East, South Sudan's independence, the 2012 food crisis in the Sahel, and the ongoing conflict in the Central African Republic. Kim has worked in communications for Catholic Relief Services for the past eight years, and speaks both English and German. 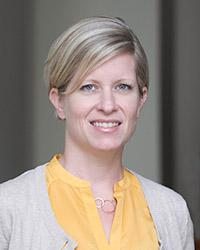