Sean Callahan to be 1st Vice President of Caritas Internationalis

BALTIMORE, MD, May 28, 2015 – Sean Callahan, Chief Operating Officer of Catholic Relief Services (CRS), has been elected to a four-year term as 1st Vice President of Caritas Internationalis (CI), the worldwide body of Catholic humanitarian organizations. The principle role is to work with the Secretary General on the agenda for meetings of the Executive Board and Representative Council for the next four years, develop  a communication plan to member organizations, evaluate the performance of the Secretary General and Secretariat with the President, and to chair the meetings in the absence of the President. 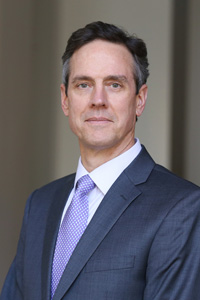 Callahan was voted into the position in Rome earlier this month at a meeting of the 165 member organization which carries out the mission of the Church to serve the poor and to promote charity and justice throughout the world. Callahan had earlier been named to CI’s Representative Council as the delegate from North America, one of CI’s seven regions along with Africa, Asia, Europe, Latin American and the Caribbean, the Middle East and North Africa and Oceania.

“I am especially pleased to have been chosen 1st Vice President because it will put CRS in closer contact with all of the different Caritas organizations around the world, so many of them partners in the work that we do,” Callahan said. “I think we can learn a lot from each other, and about each other.”

“I look at my election as a recognition of the work that CRS had done with Caritas in so many different countries, the relationships we have formed. Putting a lay member in this position shows, I think, how CI, and the Church in general, is committed to lay leadership as well as the necessity of “professional training” and a “formation of the heart” as per Pope Benedict’s encyclical “Deus Caritas Est”. This is particularly important for CRS and Caritas Internationalis as they are the Church’s charitable institutions.”

Catholic Relief Services is the official international humanitarian agency of the Catholic community in the United States. The agency alleviates suffering and provides assistance to people in need in more than 100 countries, without regard to race, religion or nationality. CRS’ relief and development work is accomplished through programs of emergency response, HIV, health, agriculture, education, microfinance and peacebuilding. For more information, please visit crs.org or crsespanol.org and follow CRS on social media: Facebook, Twitter at @CatholicRelief and @CRSnews,  Google+, Pinterest and YouTube.