The single most important fact about global hunger is this: You can help end it.

The most difficult part of ending hunger is commitment—a willingness to persevere in times of no apparent progress. Though recently dramatic progress has been made. 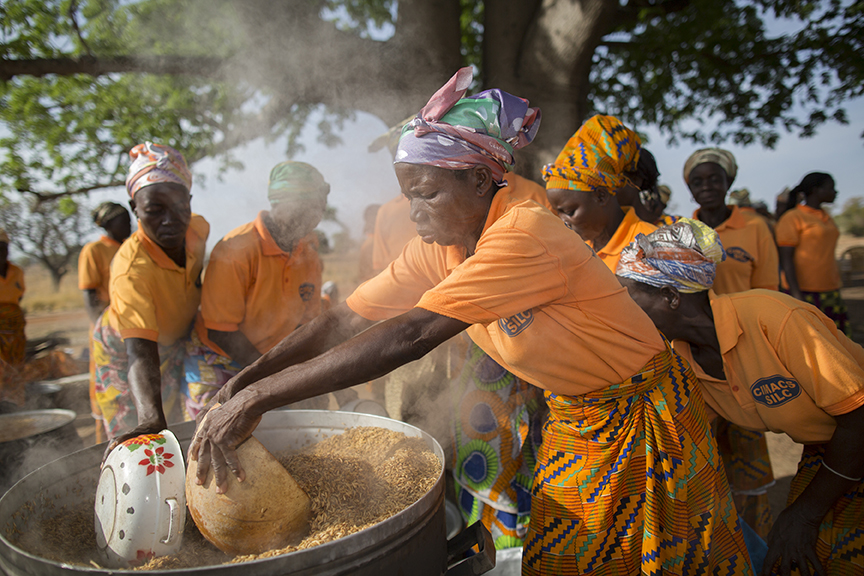 Women in Ghana process rice to capture more of the value of their crop. Photo by Jake Lyell for CRS

Globally, about 800 million people suffer malnourishment. That’s a staggering figure. But only ten years ago the total was almost 1 billion. A drop of nearly 200 million in the number of chronically hungry people should encourage anyone committed to ending global hunger. It can be done.

It will take time, but there are ways to help end hunger. The process is slow. Setbacks happen. But the gains of recent years suggest hope for the future and reward for those who persevere.

If you’re not already a supporter you can join us right now. Become a powerful force for good in the fight against chronic hunger.

End Hunger - Give a Gift of Hope >

A wicked problem is a social or cultural problem that is difficult or impossible to solve for as many as four reasons: incomplete or contradictory knowledge, the number of people and opinions involved, the large economic burden, and the interconnected nature of these problems with other problems.

Global hunger is a “wicked problem.” It cannot be easily solved. No one solution works in every instance. It is connected to many other complex problems such as poverty, inequality, conflict, poor health and so on.

Ending hunger is not all about providing more food. So CRS takes a comprehensive approach. Here are just a few of the ways we're helping to end hunger. 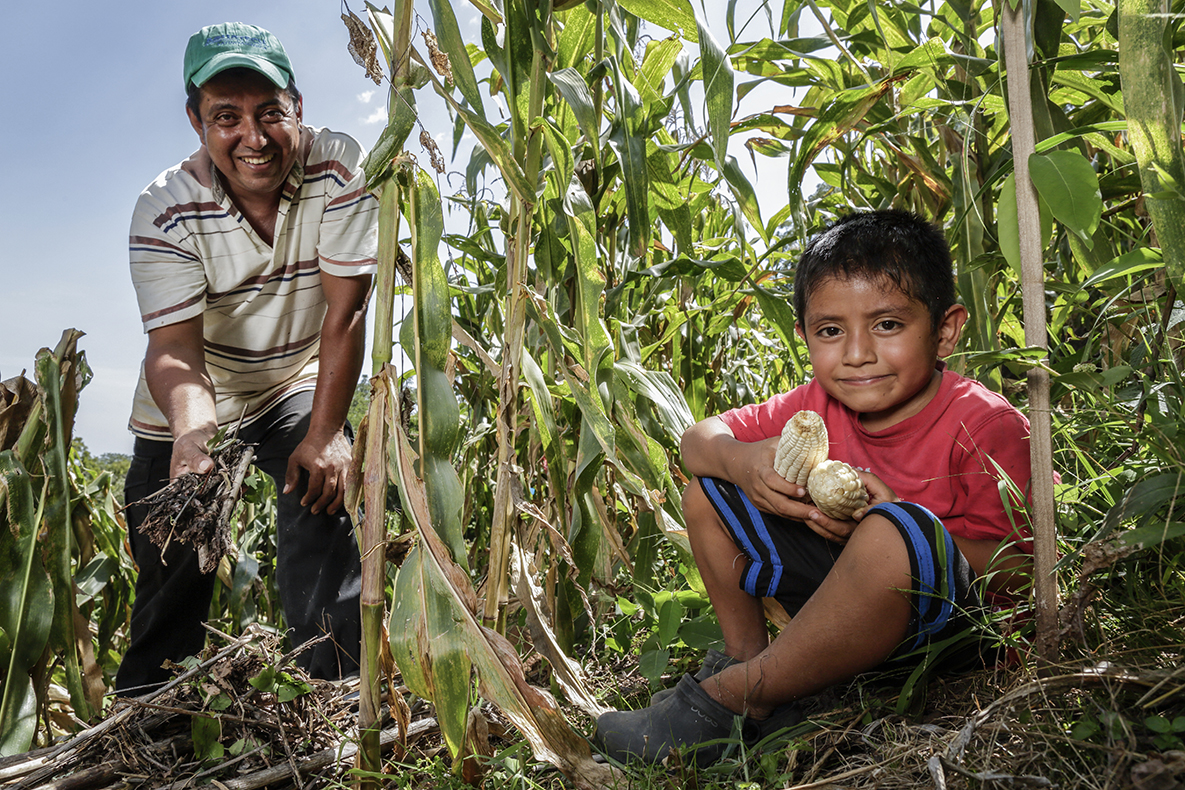 CRS works with farmers to apply new agricultural techniques that lead to better harvests. Photo by Carlos Cajal/Silverlight for CRS

In 2015 CRS provided support to more than 7.8 million farmers through 180 projects in 40 countries. The vast majority of the 800 million chronically hungry live in rural areas. Land is often their only asset. CRS works with family farmers to increase yields as first step on a Pathway to Prosperity.

On one end of the Pathway, farmers’ most basic need is sufficient quantities of high-quality seed. CRS’ seed system development rapidly assesses farmers’ true needs and then helps them access the best seed.

Once family farms acquire seed and can produce enough food for themselves and surplus they can sell, CRS works with them to build their resiliency and capacity to grow more, eat better and sell more.

Some farmers need only a few new skills and connections to lucrative markets to move quickly out of abject poverty. CRS’ work with value chains matches prepared farmers to quality buyers.

Recall the “wicked problem” of chronic hunger and you can see why microfinance is a critical part of CRS work. Access to basic financial services is vital.

CRS' Savings and Internal Lending Communities microfinance program begins by helping families save what they can from their scant earnings. It also builds strong community bonds. The savings groups set their own rules, keep their own books, and make loans from their pooled savings. Those loans are often used to start or expand businesses.

One of CRS’ largest programming areas, education is often the surest means out of abject poverty and chronic hunger. As family farmers improve their incomes, part of their increased earnings is invested in their children. Parents know that an education will help their children earn more and have better economic options. The children will move from poverty to prosperity.

One of the best ways to ensure sustained growth is to build solid local support and expertise. Through partnerships and capacity strengthening, CRS helps ensure that progress continues long after the program or project has ended.

Conflict can cause poverty and hunger and ruin years of progress. Easily recognizable conflicts such as war certainly contribute to poverty and hunger, but smaller conflicts among communities, neighbors and families can be equally ruinous. CRS builds peacebuilding into our programming to make sure that local solutions to hunger won’t cause strife or make ongoing conflict worse.