"Human trafficking is an open wound on the body of contemporary society, a scourge upon the body of Christ…It is a crime against humanity."[1]

Human trafficking is modern-day slavery, with conservative estimates suggesting that nearly 25 million people worldwide are caught in its web. Pope Francis calls human trafficking a "crime against humanity" that must be stopped.

The causes of human trafficking are complex and interlinked, and include economic, social and political factors. Poverty alone does not necessarily create vulnerability to trafficking, but when combined with other factors (such as civil unrest), these can lead to higher risk for being trafficked. This phenomenon, referred to as ‘poverty-plus,’ is a condition of so many people around the world, creating a vast "supply" of potential victims. Therefore, strategies to stop trafficking must address both supply and demand. 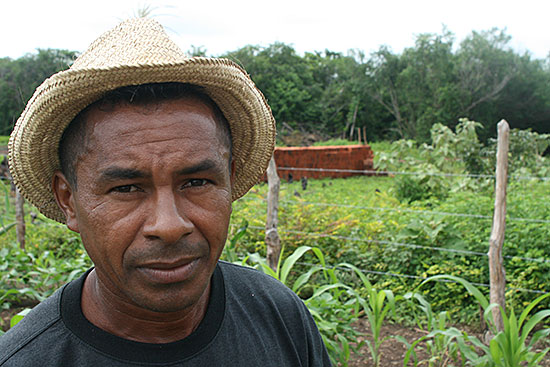 Under the scrutiny of an armed guard, Antonio Jose da Santos Filhio worked nearly 12 hours a day while becoming increasingly in debt to his employers before being rescued by Brazilian inspectors. Photo by Robyn Fieser/CRS

The U.S. government has led global efforts to address human trafficking since passage of the Trafficking Victims Protection Authorization Act (TVPA) in 2000. U.S. efforts are based on the "three P’s" of U.S. foreign policy: prevent trafficking, protect victims and prosecute traffickers. The U.S. agencies with projects currently addressing trafficking include the State Department, Department of Labor’s Bureau of International Labor Affairs (ILAB), and USAID.

Catholic Relief Services has addressed human trafficking through more than 145 projects around the world since 2000. Our approach to combating trafficking is based on Catholic social teaching and mandates that we protect, preserve and promote human dignity. Our activities include corporate engagement, victims’ services, and trafficking risk reduction in development and humanitarian interventions.

Based on these experiences over the past 15 years, we make the following recommendations to the U.S. government in our joint efforts to eradicate human trafficking:

We urge the administration to:

The U.S. Congress should: