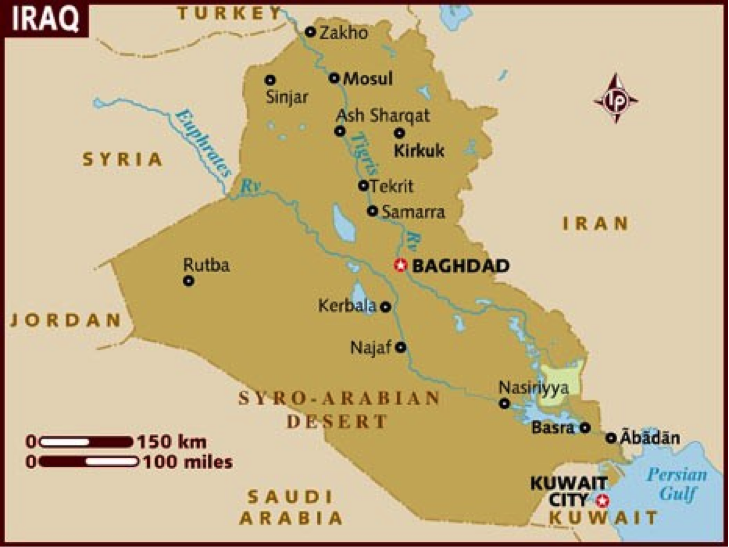 Since January 2014, escalating violence in northern and central Iraq has caused devastation and mass displacement of Iraqis and further displacement of Syrian refugees. The so-called Islamic State of Iraq and greater Syria (ISIS) has taken control of large swaths of the Ninewa, Salah Al-Din and Diyala provinces and continues to threaten religious minorities, including Christians, Shia Muslims and Turkmen who have been singled out for attack. In July 2014, ISIS issued a life-threatening ultimatum to Christians and others who do not convert to their extremist brand of Islam or pay a tax. The UN declared a Level 3 humanitarian crisis in Iraq in August 2014.[1]

The conflict has driven the displaced to live in harrowing conditions. Having been stripped of all possessions at ISIS checkpoints, families live in empty houses, schools, clinics, church compounds and abandoned buildings. Conditions deteriorate by the day. Many buildings serving as shelter are unfinished, with no windows nor doors, leaving families vulnerable to winter temperatures that drop as low as 3°F. Humanitarian aid currently provides winterization assistance, including  blankets, winter clothes and other necessities.

CRS established offices in Dohuk and Erbil shortly after the exodus began, working with Caritas Iraq and the local Catholic Church to help meet the needs of the displaced, particularly the Christian and Yazidi religious minorities targeted by the Islamic State. Through funding from the U.S. government, Caritas Internationalis and other public donors, private donations and foundations, CRS is providing basic needs: household items in preparation for the winter, shelter upgrades and winterization materials, and services to improve water and sanitation conditions.

Based on our experience in the field and communications from the local Church, CRS recommends that the U.S. Government undertake the following:

1.       Create and fund a long-term, whole-of-Iraq strategy to respond to the crisis. The crisis in Iraq, tied to the crisis in Syria, will not end soon. However, much of the current U.S. government funding for humanitarian assistance is to meet immediate needs only. Cobbling together ad hoc, short-term responses will not only be insufficient to meet the needs of those affected by the conflict, but will ultimately be more costly.  A long-term strategy should do the following:

a.        Focus on the long-term needs of the displaced, including areas of shelter, livelihoods, education and trauma healing. Displaced professionals, merchants and service providers given the opportunity to engage in livelihood activities will decrease their need for assistance in the medium to long-term. Additionally, displaced children have already missed one year of schooling, increasing the risk they will not return.

b.       Continue to offer market-based solutions where markets are functioning. Cash assistance allows the displaced a dignified way to meet their needs. Market-based solutions support local markets so that they are not additionally harmed by an influx of outside goods during the ongoing conflict.

c.        Invest in non-camp solutions for the displaced. Camps are being constructed as short-term solutions for the displaced. However, many religious minorities fear camps facilitate continued ethnic and religious persecution. Yazidis have moved into half-constructed Yazidi villages, where CRS helps them to finish construction.  These and other alternative solutions should be considered, particularly because they facilitate livelihoods and other modes of self-reliance.

2.       Support a regional plan for the crisis, including support to host country governments. The U.S. government, in coordination with the donor community, should work alongside refugee host countries to develop and fund a coordinated, long-term humanitarian and development strategy for the region, including a contingency plan and a plan for refugee resettlement. The needs of the region were already beyond what many governments can meet, and the added crisis in Iraq will only increase the need for our financial support and attention. The plan needs to address the protection and other needs of Christians, and other religious minorities.