Based in Baltimore, MD. 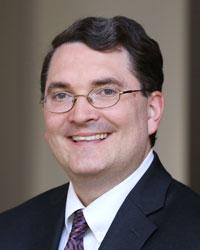 As U.S. focuses on Harvey and Irma, Catholic Relief Services works on world’s other crises

Mark began his career with CRS in 1991 as a liaison to the U.S. Catholic community. He also managed the CRS Rice Bowl program, which is one of CRS’ signature annual U.S. fundraising initiatives. Later, Mark became the primary liaison between CRS executives and U.S. Church leaders.

After completing his graduate studies, Mark worked for three years in the assisted living and affordable housing industries before returning to CRS in 2002 as the assistant to the deputy executive director of fundraising and marketing. In 2007, Mark became the deputy vice president of the Charitable Giving Department, overseeing annual giving; donor services; Hispanic outreach; publications; prospect research; and revenue analysis.

In addition to his work at CRS, Mark serves as a guest lecturer at the University of Maryland School of Social Work and with the Johns Hopkins Carey School of Business. He lives in Towson, Maryland, with his family.