Based in Chicago, IL.

As CRS' emergency communications director, Caroline deploys to disaster zones as soon as emergency strikes. During her tenure with the organization, she's responded to countless emergencies, including to earthquakes, typhoons, tsunamis and to areas suffering through prolonged droughts. 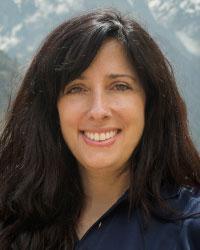 Cyclone Fani Threatening India, Bangladesh Could Be Most Destructive Of The Century So Far

Caroline Brennan is the emergency communications director for Catholic Relief Services (CRS). In her role, she travels to and/or works in areas facing natural or man-made emergencies to conduct interviews and capture the reality of what is happening through stories and video. She also provides communications support to local partner organizations as they respond to rapidly-changing needs of emergency relief and recovery efforts.

Caroline's recent travels include to Mozambique, Bangladesh, Uganda, Jordan, the Middle East region, Central Asia region and Iraq. Given the Syrian refugee crisis, Caroline has also spent much of her time in Jordan and Lebanon, as well as in southern European countries where refugees have sought asylum. Caroline was in Nepal after the 2015 devastating earthquake; in Central African Republic at the height of the internal conflict in 2014; and in the Filipino islands in the wake of Typhoon Haiyan in 2013. Prior to those assignments, Caroline was based in CRS’ South Asia regional office in Delhi, India, for three years covering the agency's South and Southeast Asia regions. She also lived in rural, western Ethiopia for two years as a teacher. With CRS, she has worked across 24 countries documenting people’s pursuits to overcome adversity and lead empowered lives.

Prior to joining CRS, Caroline worked with the U.S. Committee for Refugees in Washington, DC; the Jewish Federation of Metropolitan Chicago; and she served as a Peace Corps volunteer. Caroline grew up in a military family that eventually settled in Austin, TX.

As thousands of people from Honduras and other Central American countries are making their way... END_OF_DOCUMENT_TOKEN_TO_BE_REPLACED

CRS' Kevin Hartigan reflects on how 5 years of war inside Syria has affected the region. END_OF_DOCUMENT_TOKEN_TO_BE_REPLACED

CRS Global Fellow shares his story on his recent trip to the Balkans to meet refugees. END_OF_DOCUMENT_TOKEN_TO_BE_REPLACED