Based in Washington, D.C.

In addtion to advocating on Capitol Hill for robust U.S. foreign aid funding, Bill mobilizes CRS' supporters across the country in a shared mission to support the world's most vulnerable people. 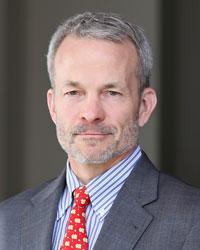 Global development issues to watch in the US Congress in 2022

Catholic voices to be ‘strong and organized’ at UN climate conference

Bill O'Keefe oversees efforts to ensure that U.S. foreign policy reduces poverty and promotes justice in developing countries where Catholic Relief Services (CRS) works. He and his staff advocate to Congress and the administration on a range of issues, including migration, refugees, food security, and all aspects of U.S. foreign aid. Bill also works to involve American Catholics in public campaigns for policy change.

As of January 2019, Bill was named as the new executive vice president for Mission and Mobilization. Bill's new role will see him lead this new division to; strengthen CRS' communion with the US Catholic community and supportive entities, lead strategic issue-based campaigns and advocate for CRS' strategic objectives.

Bill joined CRS in 1987 as a project manager in Tanzania where he chaired the sub-regional task force on HIV and AIDS. He held several positions supporting CRS’ work in Africa before beginning his work in advocacy in 2001. Bill has developed CRS’ positions in the areas of U.S. foreign aid and agricultural trade and ran a two-year campaign to involve Americans in improving U.S. policy toward Africa.

‘Caring for Refugees,’ by CRS president & CEO Carolyn Woo, is part of her ongoing column, “Our... END_OF_DOCUMENT_TOKEN_TO_BE_REPLACED