As Community Engagement Manager, Ken manages our relationships with our partners in the dioceses of Santa Rosa, San Jose, San Francisco, Oakland, Sacramento, Stockton and Monterey in Northern California, as well as the Diocese of Honolulu in Hawaii, and Reno in Nevada. Ken takes the lead in Advocacy efforts, University Partnerships, and Capacity-Building efforts with our parish and diocesan partners throughout the West Region.

His role is to:

Prior to joining CRS, Ken worked for the past several years as a major gifts officer for Maryknoll Lay Missioners. For 10 years, he was training coordinator at Pace e Bene Nonviolence Service, a Franciscan organization promoting peace and nonviolence. He founded the Speakers Bureau of Global Exchange, a San Francisco-based human rights organization. Ken was an international observer in 1999 during East Timor’s vote for independence. He served at Oakland Catholic Worker assisting Latino refugees and immigrants. Previously, he was a Franciscan lay volunteer who worked in a shelter for homeless men. Ken earned an M.A. in theology at the Jesuit School of Theology at Berkeley, and has a B.A. from Holy Cross College in Worcester, MA. He has visited Maryknoll Lay Missioners mission sites in El Salvador and Cambodia, and has traveled in Mexico, Guatemala, East Timor, and several places in Asia and Europe. 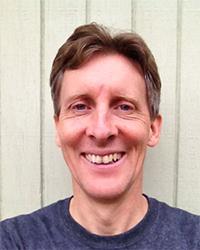