As Community Engagement Manager, Jesús is responsible for managing our relationships with our partners in the states of Oregon, Washington, Alaska, Montana and Idaho. Jesús takes the lead in the promotion of CRS Rice Bowl and with clergy outreach in the West Region.

His role is to:

Jesús has served with CRS in several capacities, most recently coordinating CRS´ national effort to engage key leaders of diverse cultural communities (particularly Hispanic Catholics) in the U.S. to engage with CRS in global solidarity. Through the guiding principles of CRS, Jesús facilitated efforts to ensure cross-fertilization of CRS services in dioceses and organizations that support intercultural and diverse ministries. Originally from Chicago, IL, he also previously served as a Relationship Manager in the Midwest Region. Prior to joining CRS, Jesús was the director of a home for abandoned and neglected children in Honduras with Nuestros Pequeños Hermanos International. He served as director of Pastoral Formation at St. Joseph´s College Seminary (Archdiocese of Chicago) from 2000-2006, and has served on the boards of the National Catholic Council for Hispanic Ministry, Centro Romero (Chicago), Loyola University of Chicago Latino Alumni Board, the Chicago Religious Leadership Network, and Chicago Fair Trade. In 2005, he was the recipient of the Archbishop Quigley Seminary Distinguished Alumnus Award. 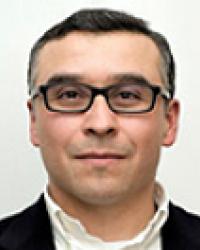