Mari received her B.A. in Political Science at the University of Michigan, Ann Arbor and her M.A. in International Relations from the John’s Hopkins School for Advanced International Studies in Washington D.C.

Mari joined the CRS Northeast team in June of 2006. In her role as a Relationship Manager, she collaborates with Catholic institutions, particularly dioceses and universities to raise awareness on global issues and promote global solidarity.

Mari began her career with CRS in 2000, as a Project Manager in Kenya and then in Zambia and worked in projects ranging from emergency response and HIV to peacebuilding and gender responsiveness.  She then served as the Regional Technical Advisor for Human Rights and Peacebuilding for Latin America and the Caribbean for three years.  In 2005, she joined the Global Solidarity Partnerships Unit in Baltimore where she facilitated relationships between U.S. and overseas dioceses.

Before joining CRS, Mari worked for the Inter-American Foundation, an organization that supports community development in Latin America and served as a Peace Corps volunteer in Guatemala. 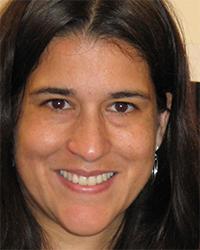